The maritime industry accounted for 10 percent of the country’s GDP in 2020.

The maritime industry is an important economic pillar that contributes a significant amount to the GDP.  By Sunny Um, South Korea correspondent, Maritime Fairtrade

Globally, South Korea is leading in many sectors including being the world’s top shipbuilding country.  Busan Port, the largest domestically, is the top six container port in the world.

The South Korean government estimated that the maritime industry accounted for 10 percent of the country’s GDP (approximately US$1.6 trillion) in 2020. This amount includes shipbuilding, shipping and port, and marine biotechnology, among others.

In 2020, for the third year in a row, South Korea has retained the title of the top country in the world with the biggest volume of shipbuilding orders.

When it comes to fisheries, a report published by Statistics Korea showed that 51,000 households are working in fisheries in 2019, which is about 2.9 percent of all households in South Korea.

This makes South Korea one of the biggest importers of seafood, importing almost US$5.43 billion worth of seafood in 2019, according to the Korean Government Import Data. The biggest supplier is China with $1.28 billion, followed by Russia ($0.92 billion) and Vietnam ($0.79 billion).

Top companies in the maritime industry

The South Korean government introduced several policy measures to boost the maritime industry.  One of these measures is a five-year plan to rehabilitate the shipping sector, launched shortly after the bankruptcy of Hanjin Shipping, which had reduced the industry’s sales by $940 billion in 2017.

For the fishery sector, the South Korean Oceans and Fisheries Minister Moon Sung-hyuk said in 2019 that he will make the sector “one of South Korea’s key industries” through talks with fishermen and other experts and other concrete plans.

What’s more, during the first month of this year, the ministry also pledged to improve the efficiency in the overall maritime sector by adopting digital, smart technologies, such as blockchain and artificial intelligence.

However, most of the existing policies are for the benefit of domestic business owners and workers rather than for foreign entities and individuals, so it will be difficult for them to break into the maritime industry.

For example, an official of Korea Shipowners’ Association, who wanted to be known only as Lee, told Maritime Fairtrade that his organization is not responsible for initiating talks with non-Korean shipowners.

Another official from the Korea Ocean Business Corporation, who refused to be named, said that there is no organization established in South Korea to support non-Korean shipowners and other maritime businesses.

“Even our own corporation is to support South Korean shipowners,” she said during an interview with Maritime Fairtrade. “I have never heard of any maritime organizations or institutes open for foreigners in South Korea yet.”

For exporters, the issue of tariffs on seafood imports is a variable with the increasing competition. South Korea currently imports seafood from over 100 countries, and how big the tariffs are is a factor that significantly impacts the size of exports.

The lobster exports from the United States to South Korea, for example, rose by 50 percent in 2014 as tariffs were cut to eight percent with the Free Trade Agreement (FTA) between the two countries. However, as Canadian lobsters benefited from the tariffs cut with the South Korea-Canada FTA a year after, the US’ market share decreased. 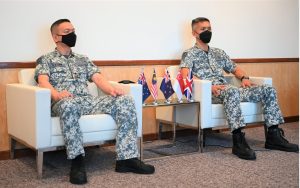 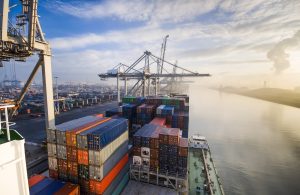 Improvement of seafarer vaccination rate but challenges in crew change remains, according to Neptune Indicator