The 2021 P4G Summit, a virtual summit to call for climate actions, kicked off in Seoul, South Korea on May 30. The two-day event, with the theme of “Inclusive Green Recovery Towards Carbon Neutrality”, was attended by about 60 top government officials including President Moon, corporate representatives and international organizations.

Government spokespersons said in press briefings that the result of the P4G Seoul Summit “carries a great meaning” in many aspects concerning climate action. However, some activists say that South Korea could have shown more sincerity in making and keeping its pledges and that there is insufficient concrete help to the industry.

P4G stands for the Partnering for Green Growth and the Global Goals 2030. The summit aims to improve industry-based partnerships and devise inclusive solutions to achieve the United Nations’ Sustainable Development Goals and the Paris Agreement.

At the beginning of the summit, President Moon Jae-in pledged to meet the target of zero emissions by 2050.  Although it is appreciated that the president has shown a priority in mitigating the climate crisis, both activists and industry want less of the usual rhetoric and to see more concrete action.

Moon said that the country will try to reduce carbon emissions by 37 percent from the business-as-usual levels by 2030 and will also stop financing for overseas coal plants.  He also drew participants’ attention to the marine pollution problems during his speech.

“We must reduce carbon emissions from the maritime transport as well,” Moon said. He also updated the country’s progress to control marine debris.

“South Korea has promised stronger cooperation in managing the amounts of marine debris in the 2019 ASEAN-ROK Commemorative Summit and government officials have since started to implement projects to cut down and prevent the flow of rubbish, including plastics, to the ocean.  As this is a global problem, South Korea calls for more United Nations-level discussions to control plastic in the sea.”

Moon reiterated that the Seoul Declaration adopted at the summit stated there is agreement “on the severity of marine pollution” and there is a “need for global solitary to address the marine plastic issues.”

The declaration also noted that the oceans “serve as natural carbon sinks” and member-states “will make efforts to strengthen the sustainability of the oceans through decarbonization of maritime transport and prevention of additional marine pollution.”

Climate change is an imminent threat

Lee Eun-ho, chairman of the Climate Justice Committee at the Green Party, told Maritime Fairtrade that the summit reaffirmed climate change as a threat to humanity.

“Climate change is usually considered as a less important issue that only impact the environment, not humans,” Lee said. “However, climate change must be seen as an international threat to the whole world and to all sectors including economy, society, and security.  And this summit has done just that.”

Lee said that it is important not to repeat common rhetoric such as “show love to our environment” and instead focus on action plans which will produce concrete result.  He added that Moon’s highlight of maritime plastic pollution during the summit is an indication of the seriousness of this problem.

“South Korea asked for international cooperation in controlling the marine plastic problem.  It is noteworthy that the declaration also mentions the necessity to prevent marine pollution and achieve decarbonization in the shipping business.”

South Korea could have done better

When it comes to climate actions, South Korea has been behind other countries’ efforts.

For instance, South Korea still runs seven coal plants in the country and also plans to build more in coastal cities, including Gangneung and Goseong. As of November 2020, 37 percent of the country’s electricity is produced by coal plants, according to the Korea Electric Power Corporation.

“Considering each plant can operate about 30 years, the government’s goal to reach carbon neutrality by 2050 does not seem so realistic,” Lee from the Green Party said.

Moreover, South Korea is set to build new airports, which is another significant cause of air pollution and carbon emission.  In addition to the Gadeokdo New Airport Project, which passed the plenary session of the National Assembly in February, the government is pushing to build a few more airports in other parts of the country.

In contrast, other countries such as France try to reduce the number of airports to prevent air pollution, Lee said.  He emphasizes that the government should come up with more detailed and realistic action plans to counter the increase in carbon emissions.

Deputy Prime Minister of Economy and Finance Hong Nam-ki said last July that the government will invest around 3.8 percent of GDP in clean and renewable energy. Five months after that, Moon declared South Korea’s commitment to carbon neutrality.

However, the Ministry of Economy and Finance did not announce any budget changes for clean and renewable energy, even though carbon neutrality should be a goal that cannot be achieved without some increases within the budget.

“Governmental bodies should be more committed to the goal and introduce more realistic plans,” Lee said. “They should try to seek more cooperation from the industry, promote more energy-efficient measures and allocate more budget in environmental projects.

“It would be great if government officials themselves understand the severity of climate change issues. This is not the problem of arctic animals far away which do not directly concern us, this is an imminent threat to our national interests.” 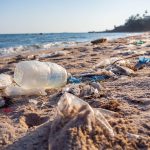 U.S. to phase out single-use plastics on public land by 2032 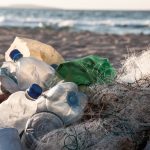 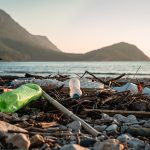