Foreign investors and companies must not overlook the political risk of doing business in China as the Communist Party is tightening control at all levels of society.

The Didi crackdown once again highlighted the fact that business and politics are tightly intertwined under the totalitarian regime of General Secretary Xi Jinping.  This risk is undermining investor confidence and may potentially scare away new investment and fund as it introduces unnecessary uncertainty and instability to the business landscape, and imposing an extra layer of financial cost because investors and companies now have to navigate the complex political minefield.

A free and competitive economy, the most conducive for making profits, is the antithesis of everything that Xi stands for.  Ironically, as Xi is using Maoism to consolidate his iron grip on power, it is actually hurting the prospect of China at a time when the economy is losing steam and there is a slowdown on consumer spending.  With regards to the Chinese economy, Maoism impedes innovation and hinders long-term economic growth.

At present, China is an economic powerhouse because of the result of decades of investment and technology transfer by rich western and Asian countries when Deng Xiaoping initiated economic reforms and opened up the country to the world since 1979.  But when Xi took over the reign in 2012, he increasingly exerted more control and returned the country back to the era of Maoism, thereby risking future economic growth.

To achieve his political goals, Xi is perfectly capable of doing whatever it takes, including at the expense of the economy and well-being of the people.  Being aware, clear-eyed, having a true understanding of what the Xi regime is, and looking beyond mere words put out by the propaganda machine but at the actions of the Chinese Communist Party (CCP), is key for business decision-makers like investors and CEOs.

Leaving investors in the lurch

Just two days after Didi went public on June 30 at the New York Stock Exchange, raising US$4.4 billion, Chinese authority launched a probe into the ride-hailing company for alleged data privacy and national security breaches, which triggered a slump in its share price and a hit to revenue.  U.S. shareholders on July 6 filed lawsuits in the federal courts in New York and Los Angeles, stating that Didi failed to disclose ongoing talks with the Chinese authority over compliance with cybersecurity laws and the fact that the regulator had advised Didi to delay its IPO.

Institutional investors including Softbank, Uber, Tencent, Alibaba, Apple, Morgan Stanley and Singapore-backed Temasek Holdings, who were initially exuberant and bullish, are now left in the lurch.

Other than Didi, from 2020 onwards, the CCP also clamped down on tech companies like Alibaba, Ant Group, truck-hailing firm Full Truck Alliance, job-seeking platform Kanzhun, and food delivery service Meituan, among others.  After the Didi fiasco, five Chinese tech firms have canceled their U.S. IPOs valued at a total of US$1.4 billion and 17 others scheduled for the later part of the year are now in tatters.  TikTok parent ByteDance is also reportedly stopping its IPO plans.

Overall, China’s tech stocks have lost a total value of US$800 billion since February and some critics argue that with the continued crackdown, the IPO boom is officially over.  Therefore, given the political uncertainty, instead of risking their capital in Chinese stock and the China market, investors and CEOs have the option of investing their fund and relocating supply chains to more attractive regions such as India and Southeast Asia.

Even though China requires foreign capital to upgrade technological capability, industrial production and to sustain economic development and growth, and knowing that the country cannot afford to go at it alone, Xi still persists in his clampdown of the tech sector and exerts evermore totalitarian control on all the fabrics of society.

The DNA of a Maoist regime

The moves against tech companies to rein them in, whether they pose a threat or not, reflect a pathological desire of Xi to control everything.  Xi, due to his insecurity and concerns about rivals toppling him, is uncomfortable with anything that is not under his direct control.  All the data generated by the tech industry is one major area of concern and the other is ideological control of the Chinese citizens.

Data which is easily available in any free and democratic country, is being seen as a precious commodity by the CCP because critics alleged that party officials sometimes manipulate data to their advantage.  The Chinese digital economy, of which data is an important component, contributed 38 percent to the GDP in 2020 and this figure is expected to rise to 55 percent by 2025.  Therefore, as the traditional sectors slow down, the digital economy will become even more vital to the CCP.

With the tech companies gathering enormous amount of data every day, this is an area of concern when they are listed on foreign stock exchanges and are thus exposed to foreign laws and regulations which may potentially subject them to sharing data.  The CCP, being secretive and not transparent by default, abhors sharing any form of raw data, especially if they do not present the party in good light or contradict any narratives churn out by the propaganda machine.

Mind control of the masses

The CCP has ordered all Chinese citizens to think like Xi as it moves to tighten ideological control over the country’s population of 1.4 billion people.  On July 12, the party has mandated all primary and high schools to start using textbooks on “Xi Jinping Thought on Socialism with Chinese Characteristics for the New Era” from September onwards.  Last year, dozens of universities, including top globally-ranked ones like Peking University and Tsinghua University, have launched introductory courses on it.  There are now 18 Xi Jinping Thought Research Centers throughout the country.

Beside schools, the party has also tightened ideological control in other aspects of society, including the government, companies, rural villages, urban residential communities and the internet.  For example, all companies including foreign ones have to toe the ideological and political party lines if they want to operate in China, and villages are broadcasting party propaganda three times a day from loudspeakers installed on the roofs of people’s houses.

The business world has to realize that it is not enough for Xi to control the lives of the Chinese people, he now wants to control their minds as well, using the Xi Jinping Thought to counter western ideas and values, and stoke aggressive nationalism in his “revolution” against foreign forces.  The CCP has also set up a vast and pervasive domestic surveillance and reporting system and encourage family members, friends, neighbors and colleagues to inform on each other.

Eventually, the party wants to build up a cult of personality around Xi in the mold of Mao Zedong and for all citizens to closely and strongly identify with Xi’s ideology, and applying the principles into all aspects of daily life.  For the people, Maoism oppresses and exploits them.  Despite having silenced almost all forms of dissent, Xi appears to worry that he still does not command enough loyalty and thus it is speculated that control will intensify moving forward into the near future. 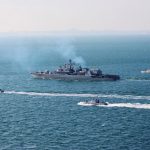 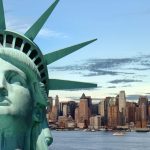 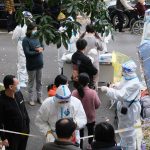 The Philippines braces as son of ousted dictator ascends to presidency

Nobody wins in maritime corruption

China is playing with fire: Disinformation campaigns in Ukraine