China and a Deficit of Trust

To the CCP, a contract is just a piece of paper. This is very damaging not only for China’s own economic interest but also for the global business ecosystem.

The global business community has to see the Chinese Communist Party (CCP) for what it really is and not be blinded by the delusion that there is a lot of money to be made in China with its population of 1.4 billion, without taking into consideration the obvious lack of respect for international law.

The CCP’s handling of recent events, from the pandemic crisis, South China Sea dispute to Hong Kong’s National Security Law, among others, leveraging on intimidation and propaganda, is causing panic among the business community.

The Chinese government sees legally binding obligations as mere suggestions and will not hesitate to disregard them if it suits their political purposes.  To the CCP, a contract is just a piece of paper.  This is very damaging not only for China’s own economic interest but also for the global business ecosystem.

Trust is fundamental to the conducting of international commerce.  Trust in a rules-based order, trust in legally binding contracts, and trust in contractual parties fulfilling their legal obligations.  It is this level of trust that leads to economic prosperity for all, lifting millions out of poverty and expanding the middle-income population.  However, what the CCP is doing is eroding this level of trust and jeopardizing the global economy.

In recent years, Xi Jinping, general secretary of the CCP, in a bid to solidify his grip on power so that he can rule on indefinitely, started an external campaign, using aggression and deception, to place China as a global superpower.  Xi wants to brandish this image of a strongman in front of a domestic audience to stir up nationalistic feelings, weed out dissent and shore up support.  However, this campaign is very detrimental to China’s own economic interest as it set a collision course with the rest of the world.

Be that as it may, by all accounts, Xi is prepared to sacrifice his country’s interest in order to fulfil his own political ambition.  This is in contrast with Xi’s predecessors, starting from Deng Xiaoping, who were committed to economic reform to eradicate poverty.  As recent as Jun, Li Keqiang, China’s premier, said that there are still 600 million people, which is 40 percent of the population, struggling in poverty, earning less than US$140 a month.

The world has to wake up from its self-delusion to what the CCP is.  If Xi is willing to put his own country on the line for his own gains, what more will he do to investors and businesses that do not toe the party line?

The CCP’s disdain for international law when it did not suit their interest is displayed clearly in the 2016 South China Sea ruling of the Permanent Court of Arbitration in The Hague.  Dai Bingguo, a former top CCP official and diplomat, dismissed the ruling as just a piece of paper and said China would not be intimidated even if the United States sent 10 aircraft carriers to the disputed waters.  This international arbitration panel was administered under the 1982 United Nations Convention on the Law of the Sea (UNCLOS), of which China is a signatory.

The world is waking up to the real CCP

Many countries in the past were cowed by the CCP’s intimidation and economic prowess.  Now, this is not the case anymore.  The pivot started with the COVID-19 pandemic when the CCP was not being transparent and engaged in deception, secrecy, misinformation and muzzling of whistleblowers during the initial stages of the outbreak.  In a disturbing turn of event, the CCP also managed to persuade the World Health Organization to keep in step with Beijing’s narrative.

The denial, cover-up and failure to stop the export of many infected cases to the rest of the world, have played a deathly role in delaying global responses, thus contributing to high infection rates and death tolls.  The pandemic has triggered the most severe global recession in nearly a century and is causing enormous damage to people’s health, jobs and well-being.

Another watershed incident during this period was the CCP’s passing of the draconian Hong Kong National Security Law in Jun, which seriously undermined the territory’s status as a global trading and financial hub, in contravention of the 1984 Sino-British legal agreement that guarantees Hong Kong’s autonomy until 2047.

“Communists almost always lie,” US Secretary of State, Michael R. Pompeo, said at a recent speech at the Richard Nixon Presidential Library and Museum.  He also stated that trading with China is not like trading with a normal, law-abiding nation as the CCP treats international agreements as only mere suggestions.

The world has been engaging with the CCP, since 1979 when Deng Xiaoping started an open-door policy to welcome foreign businesses, hoping that as China became more prosperous, it would open up and be a responsible global citizen.  However, this engagement is being undone by Xi Jinping in his quest for personal power.

In a sign that the world is starting to wake up to this new reality, the United States, United Kingdom, Australia, Canada, India, Japan, and others are standing up to the CCP by initiating a series of counter measures.

Secretary Pompeo said: “The truth is that our policies – and those of other free nations – resurrected China’s failing economy, only to see Beijing bite the international hands that were feeding it.”

Finally, the world is seeing the CCP for what it really is, and is standing up to it. 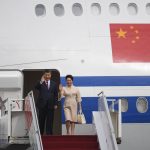 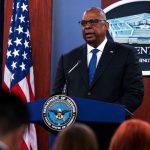 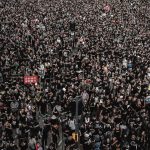