Filipino fishermen have to constantly face dangers from making a living at the sea but in recent years, they have to face the greatest danger that threatens their livelihood: armed Chinese fishing militia.

Filipino fishermen, who number more than 1.6 million, never really cared about global superpower rivalries or geopolitics. All they ever cared about, like their forebears, has been the bounty of the sea and its often too frequent cruelty.

With China’s intrusion into Philippine’s waters and driving away local fishermen, this mindset has been changing over the past decade as they experienced firsthand how dangerous their way of life has become, particularly for about 800,000 small fishermen who can sail no farther than their traditional fishing grounds.

In March, around 200 Chinese fishing ships were found moored at Julian Felipe Reef, about 120 nautical miles (230 kilometers) west of Bataraza town in the Philippine province of Palawan. The Chinese said that the vessels were only there to seek shelter from rough waters, but they have been there for more than two months.  Local fisherfolk are intimidated.

Indeed, Julian Felipe Reef (also known as Whitsun Reef) is part of the Union Banks, a large sunken atoll in the middle of poorly charted waters that international maritime authorities have called “Dangerous Ground” in the Spratly Islands.

While large vessels have been warned against sailing through Dangerous Ground, it has been a traditional Filipino fishing ground for decades, perhaps even centuries, before there were even territorial disputes in the island group, part of which the Philippines claims as the Kalayaan (Freedom) Islands.

Philippine maritime authorities asserted that Julian Felipe Reef is well within the country’s exclusive economic zone (EEZ) as defined in the United Nationals Convention of the Law of the Sea (UNCLOS).

“Our fisherfolk should sustainably benefit from the abundance of our fishing grounds including WPS,” Gongona told Maritime Fairtrade.

“We are encouraging our fisherfolk to fish in the area, and not be afraid, because the government will continue to support them and protect our environment,” Gongona added, echoing an earlier call of National Security Adviser Hermogenes Esperon.

Over 300,000 metric tons (MT) of fish comes from the WPS, this is about seven percent of the country’s annual total fish production.

“WPS production contributes an average of 7.28 percent to the country’s total fisheries production and 10.91 percent food fish production from 2016 to 2020,” Gongona said, adding that for 2020 alone, production in the area was 7.36 percent of the total.

Despite the ongoing controversy over the WPS, Gongona said it expects the same level of production this year and the government will protect this resource.

But while the WPS does make substantial contributions to the country’s fisheries production, Gongona said “we don’t see any huge negative impact that may result in a major collapse of the whole fisheries industry.”  He emphasized that the country has other fishing grounds and aquaculture as another source of fish production.

“The Philippines has many other rich fishing grounds. In fact, our municipal waters are considered among the richest areas (because they) serve as primary spawning and breeding grounds of fishes,” he said.

But the WPS remains an important fishing ground at which hundreds of thousands of Filipino fisherfolk rely on and the government will continue to protect this area.

“The government’s maritime forces have increased their presence in WPS by deploying BFAR vessels and the Philippine coast guard to ensure that fishermen in the area are protected,” Gongona said.

However, fishermen’s groups warned that the danger in and around the WPS is very real.  The overlapping maritime claims of China and Vietnam have already resulted in armed hostilities during and after the Sino-Vietnamese War of 1979.  In March 1988, Chinese and Vietnamese forces clashed over control of the Johnson South Reef in the Union Banks, only 55 km from Julian Felipe Reef.

A federation of Filipino fishermen’s groups, called Pamalakaya, questioned the security steps that the government has taken in and around Julian Felipe Reef and the rest of the Kalayaan Islands.

The group’s spokesperson Fernando Hicap told Maritime Fairtrade: “What is the guarantee that when our fisherfolk fish in our traditional fishing ground, they will not be harassed by the Chinese coast guard? Guarantees cannot be given just verbally without any proof of concrete actions backing them.

“BFAR cannot just say Filipino fishermen should fish there when the truth is that the fishermen on the ground know the Chinese is still a threat to their livelihoods.”

Hicap said BFAR’s verbal order to WPS fishermen should be accompanied by permanent military patrols in the area. He said the federation still receive reports of some fishermen who refuse to fish there because of fear.

“We request the Philippine Coast Guard, BFAR, and other maritime authorities to patrol the area permanently, not just at the height of the controversy, to ensure protection for our fishermen from any harassment by Chinese personnel,” he added. 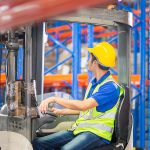 Dumping of sewage sludge at sea to be prohibited worldwide