The 26 February Joint US-Canada Statement on Arctic Heavy Fuel Oil Ban by Canada’s Minister of Transport, Omar Alghabra and United States Transportation’s Secretary, Pete Buttigieg, emphasized their dedication “to working with the IMO to effectively implement the ban on the use and carriage of heavy fuel oil (HFO) as fuel in the Arctic”.

In response, Dr Sian Prior, Lead Advisor to the Clean Arctic Alliance said: “While we welcome the commitment to implementing the Arctic heavy fuel oil ban by Minister Alghabra and Secretary Buttigieg, the Clean Arctic Alliance is urging International Maritime Organization’s (IMO) member states to ensure the ban is implemented in full by 2024, and not 2029 as envisioned by the regulation as is it currently stands.

“We are also calling on the US, Canada, Russia, Iceland, Greenland and Denmark to put in place domestic bans on the use and carriage of HFO, ahead of the IMO ban. Norway is already leading the way by consulting on an extension to an existing ban on HFO in the waters around Svalbard, which would eliminate all HFO use and carriage on ships from the archipelago’s waters. We believe that other Arctic coastal countries should follow Norway’s example.

“In particular, the IMO and its member states must act quickly to reduce emissions of black carbon – a short-lived climate forcer – from shipping, by driving a switch to distillate fuels and the installation of particulate filters, or other cleaner energy sources for vessels operating in the Arctic.

“The IMO will once again have an opportunity to address black carbon during next month’s meeting of its Sub-Committee on Pollution Prevention and Response (PPR 8, 22-26 March 2021). In addition, the US and Canada must make every effort to ensure that the shipping sector meets the Arctic Council’s target for black carbon emission reductions of 25-33% below 2013 levels by 2025.

“As the Arctic is already experiencing dramatic changes – the massive loss of summer sea ice, opening up of shipping routes earlier in the year and thawing of the permafrost – the Clean Arctic Alliance welcomes the joint US-Canada declaration to explore how the transportation infrastructure, including safety and climate change, along with socio-economic needs of the Arctic and Northern communities can be supported and addressed.” 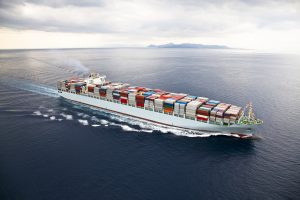 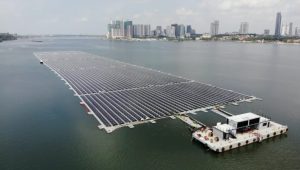