What is corruption in the marine industry?

A multifaceted problem requires a multifaceted solution. Maritime corruption poses environmental, social, and financial burdens on the community. One of the factors is when goods are being traded in countries where their employees are severely underpaid, the choice to accept bribes and pay local officers to hasten the process of importing and exporting increases greatly. This is also due to regulatory requirements that are asked of exporting and importing goods that many would rather not partake in and would, instead, lead to corruption.

In bidding for long-term contracts, when large-scale manufacturers/exporters are involved, the exporter may choose to lean towards their choice of the bidder with biased intentions, without respecting the proper way of bidding.

When criminal organisations get contact with customs officials, they offer a certain amount as payment for such officials to ensure the smuggling of illegal substances into the country of import.

A letter of credit in the shipping industry is a document that is presented once payment is made after the show of documents to prove the transport of goods is made as per the customer’s wishes. In the cases of corruption, the importer would bribe the banker to issue them an LC that would be sold to them or the customer with a discount. Thus, in cases where the exporter tries to lay claim on this LC, he will be deceived.

Though such common corrupt practices in the maritime industry are prevalent, many maritime anti-corruption initiatives have been taken to engage in the fight against such corruption that has gone from a domestic level to a global one. Customarily, corruption was handled domestically by national authorities. However, with the current trends in the shipping industry, along with the rise in international shipping, multiple sectors, be it public or private, are getting involved through collective initiatives.

At Maritime Fairtrade, we stand united against corruption as we believe that the cost of corruption is huge and that legal trade is a profitable trade. Through editorials, interviews and more, we are in the process of educating and empowering individuals to trigger change and positively influence the emerging trends in the shipping industry.

Due to globalisation, the marine industry has seen a surge in global trade. With a higher demand in purchases due to customers’ needs, the delays in shipping between China and Europe might increase up to six days due to the backlog of vessels having to sit at ports for a long period of time.

Due to the pandemic that hit us in recent years, purchasing items was common among many who were stuck at home and needed certain goods over services due to the inability to leave their home. This sudden surge in demand for goods to be transported has resulted in multiple trends and current issues in the maritime industry. Some of such current issues in the maritime industry include container shortages, container ship carrying capacity, and more.

Though the emerging trends in the shipping industry, and the past maritime industry trends have resulted in the increase of unfortunate corruption, Maritime Fairtrade, among many other advocates of this fight, will continue to enlighten and empower individuals to influence the maritime industry positively whilst urging industry leaders to elevate their own business and operation. 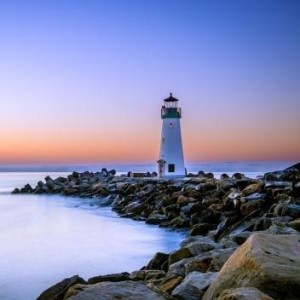 A team of dedicated SEO professionals and content writers.

Indonesia cleans up corruption at ports