Why Being Ethical is Good for Shipping Business

CEOs of shipping companies must address this ever-present issue of corruption so as to protect and uplift the image of their companies and the industry.

“Virtue seems to pay, at least over the longer term,” said Charles M.C. Lee, an expert on markets and accounting at Stanford Graduate School of Business, regarding the issue of anti-corruption.  Professor Lee’s research shows that ethical lapses matter in the market value of companies.

The bottom line for companies is this: the higher the corruption, the lower the market valuations.

The shipping industry definitely cannot afford more bad news as it is already widely perceived as rife with corruption.  For many companies and countries alike, corruption is seen as a local custom.  Added to this is the fact that the industry is not transparent and does not have a mature anti-corruption compliance culture.

On the other hand, trade has grown tremendously, for example, between Asia and Middle East in recent years, and a significant portion of trading is conducted via the shipping industry.

And investors in Asia, flush with funds and looking for investment opportunities, will naturally consider the burgeoning Middle Eastern shipping companies. Thus, a transparent and competitive shipping industry will benefit all parties involved.

However, a few bad actors engaging in illicit activities and corruption risk sullying the reputation and bringing down the financial valuation of individual company as well as the entire industry.

He opinied that corruption can dampen shareholder value in a number of ways.

“Collectively as a country, when you’re on average more corrupt, you have to pay for that when markets look at you and when capital providers come into your country,” said Prof Lee.  Also, there’s evidence linking corruption to lower economic growth and less foreign direct investment, among others.

When a company has to divert resources to deal with corruption, then the competitiveness of the company to turn those resources into profit is reduced.

In turn, whatever inefficiencies and cost will be passed on to the customers in the form of artificially inflated prices. This is definitely not sustainable in the long term.

Investors, in going through their due diligence, will uncover all these facts and they will not be thrill at the prospect of investing in a company that is embroiled in corruption, to say the least.   All investors will steer clear of such circumstances and won’t touch a company or for that matter, an industry, that they perceive as corrupt.

Either executives can take preventive and corrective actions now or risk financial losses in the future as governments intervene and bog down the industry with regulation and micromanagement.

As an immediate first step, executives and shareholders must require their employees to conduct due diligence on all customers and clients and welcome independent audits of their companies’ operations to ensure compliance with local and international regulations.

Other mid and long-term solutions may include major shipping companies forming alliances to fight corruption and having regular dialogues with governments.

Lastly, a quote from Friedrich Nietzsche. Whoever fights monsters should see to it that in the process he does not become a monster. And if you gaze long enough into an abyss, the abyss will gaze back into you. 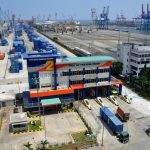 Indonesia cleans up corruption at ports 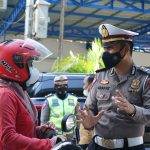