Facing Down COVID-19: A Captain’s Story

A COVID-19 survivor's tale of victory of the human spirit over one of the worst pandemics of this century.

Captain Marlon Quiñones fights a COVID-19 outbreak on his ship, sees one of his crew died and survives to tell his story.

“Facing such a horrendous situation—especially when you are a COVID-19 patient yourself—is the most egregious experience by far of my sea life,” said the 45-year-old skipper of the container vessel Athens Bridge in an exclusive interview with Maritime Fairtrade.

Aside from the usual worries of caring for a cargo ship and its 21-man crew, Quiñones went through a 15-day odyssey that saw his healthy crew contracted a deadly virus, and gasped for breath in their fight against the disease with one even losing his life.

It all started in the dreary routine of moving cargo in the Indian ports of Chennai and Kattupali, the usual ports of call of the Panamanian-flagged Athens Bridge.  The cargo ship left Kattupalli on April 22 and had a smooth voyage to Port Kelang in Malaysia where it also had a routine operation that was completed within the day.

“The vessel operation was smoothly carried out until we left Port Kelang on April 26. The instruction from the charterer at that time was to skip Singapore and proceed to Haiphong, Vietnam directly,” Quiñones narrated.

Start of the captain’s ordeal

After three days of sailing, the captain was informed that the second officer had a fever and was coughing.

“Since those are symptoms of COVID-19, I immediately reported it to our head office and isolated the second officer,” said Quiñones, who also sought medical advice from the International Radio Medical Centre in Rome.

But on the following day (April 30), Quiñones said he began to feel the same symptoms as that of the second officer. His third officer and messboy also reported the same.

“We immediately informed our Haiphong agent, and we were instructed to anchor when we arrive in Haiphong, Vietnam,” he said, adding that he and his crew were immediately tested upon their arrival on May 1.

The results that came back the next day revealed that 12 of his 21 crew members including Quiñones, had the novel coronavirus.

“So, after receiving that dreadful news from our Haiphong agent, the port authority in Haiphong, Vietnam decided to deny our vessel from entry unless all crew was changed first,” but the port authority prohibited any crew changes involving non-Vietnamese nationals.

“Therefore, I told our agent that the fastest way to carry out port requirements was to divert the vessel to Manila, to which he immediately agreed,” Quiñones said.

So, the Athens Bridge again set sail, this time for Manila, which was three days away.  By this time, the ship had already been a coronavirus-infected prison for almost a week.

“I had to compose myself during that time because, aside from my crews’ wellbeing, my main concern was on how to run the vessel safely back to Manila since I, all the deck officers, engineers, and our cook and messboy were infected,” the captain said.

Quiñones’ condition was manageable, thanks to his wife who had real-time communication with him and was giving him a lot of encouragement. On the other hand, his second officer’s cough had worsened and his third officer’s condition was deteriorating fast.

“Their oxygen saturation was below normal, hence, they requested to be put on oxygen to assist their breathing,” he said, adding that it was fortunate that their head office had ordered additional oxygen supply for the vessel before leaving Haiphong on May 3.

“I had a hard time looking at them, it was heartbreaking to see my two officers gasping for breath,” added Quiñones, who now had to deal with the two extra bridge watches that the two officers left vacant.

The captain himself took over the unmanned watches with the assistance of an able-bodied seaman who had experience in watchkeeping.  All the nine crew members who tested negative for the virus were assigned to cook and care for their sick shipmates.

“You could just imagine how uncomfortable it was for them to wear full (personal protective equipment) while the air condition was shut off and all doors were open,” Quiñones recalled.

“I’m really glad that I had a very professional crew, it was teamwork at its best during those days. The camaraderie we built lead us to successfully battle COVID-19 while at sea,” he said.

The Athens Bridge arrived in Manila Bay on May 6 and was immediately met by coast guards and quarantine authorities. The Department of Health (DOH) later announced that nine of the 12 crewmen were found to have the more infectious Delta variant of the novel coronavirus.

“The (Bureau of Quarantine) doctor examined the condition of my two officers and rushed them to the hospital, while the other positive crew (including myself) were brought to a quarantine hotel,” Quiñones said.

The captain dutifully supervised the transfer of his crew to the quarantine facility after he sent off his two bridge officers and two other crewmen to the hospital. Unfortunately, one of the officers died on May 21.

To conquer adversity, it’s all in the mind

In his 12 years as a ship captain, Quiñones considered this incident of commanding a COVID-19 infected ship while being infected himself and later seeing one of his officers died as the most unforgettable ordeal in his entire seafaring career.

“Before I can motivate others, I have to motivate myself first,” said Quiñones, adding that at this low point in his life, he remembered the encouragement of upperclassmen when he was still at the Philippine Merchant Marine Academy (PMMA).

“So, I used my mantra and boosted the morale of my crew members and told them that COVID-19 is just one episode of our life which we will surely defeat. I told them that during this period, the mind has control over the body, and there is no need to worry because help is on the way. Most importantly, pray.”

Staring death in the face

Asked what lesson he had learned from the experience, Quinones said: “While COVID-19 can be defeated with the right attitude and motivation, make sure to have medical supplies on board and support from the company. No captain is prepared to undergo such an ordeal. My experience was a realization that life is vulnerable. But it made me more resilient, and more ready to face my new ship assignment.”

According to Quiñones, seafarers must be vaccinated at all costs before joining a vessel, including those who are already on board, to protect them against the viral disease and prevent severe symptoms like what happened to his two officers.

“All the companies in the maritime industry must make an effort to provide vaccination. Also, owners, ship managers, charterers, agents, and port authorities must work together to implement a no-contact (face-to-face) clearance of a vessel at the port,” Quiñones said.

He is thankful to his crew for the support and cooperation they rendered during those fateful days at sea.

“Surely, the camaraderie we built onboard helped us get through this perilous episode of our life. Now, we will be a team of more resilient, determined and responsible modern-day seafarers ready for any challenges.” 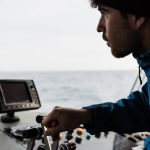 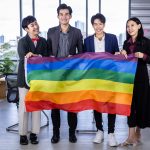 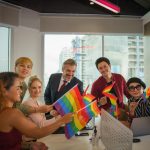