Tensions in the West Philippine Sea are rising.

The Filipino fisherfolk, with lives and livelihoods at stakes, are caught in the crossfire of the new China Coast Guard law.

While the Philippines is occupied with receiving COVID-19 vaccines donated by different countries and manufacturers, and addressing the effects of the pandemic to revive the economy, tensions in the West Philippine Sea are rising, brought about by the controversial new China Coast Guard Law.

China’s new law may be a domestic legislation, which allows its own coast guard to fire at any foreign vessel and ship, however this rule presents a threat not only on livelihood and food security, but also to the lives of Filipino fisherfolk in the West Philippine Sea.

China claims almost the whole resource-rich South China Sea, ignoring all arbitration awards that invalidated it. China cited historical records, not recognized by the arbitral tribunal, to back its claim to about 90 percent of the sea area.

In January 2021, the Philippines filed a diplomatic protest over the legislation. Foreign Secretary Teodoro Locsin said on Twitter the new law is “a verbal threat of war to any country that defies it”.

Meanwhile, the Philippine Coast Guard (PCG) cannot regularly deploy its assets to patrol the West Philippine Sea because of its commitments to COVID-19 tasks and disaster response.

On March 3, PCG commandant Admiral George Ursabia said that they are planning to acquire two more offshore patrol vessels (OPV) from France to sustain its monitoring in the West Philippine Sea.

The PCG flagship BRP Gabriela Silang is an 84-meter OPV built by French firm OCEA for P5.6 billion (US$115 million).  Since its arrival in April last year, the BRP Gabriela Silang has assisted in transporting goods, medical supplies, and stranded passengers due to the pandemic.

“Right now, we only have one vessel, which we are now using for COVID-related tasks and disaster response missions and that is why we cannot deploy her yet to the West Philippine Sea,” Ursabia said in a press briefing.

However, local fishing communities are experiencing an existential threat from the China Coast Guard as they are blocked from fishing at certain disputed areas.

Encounter with the Chinese Coast Guard

In an exclusive interview with Maritime Fairtrade, a Filipino fisherman in the western Philippines, Larry Hugo, 42, recalled a recent harassment by a Chinese vessel around the Pag-asa Island in the West Philippine Sea.

“We can’t go fishing near the disputed area because Chinese vessels are staying there,” Hugo told Maritime Fairtrade, describing his experience in the West Philippine Sea last January 25.

“Before, we can go beyond the built sandbars near the island there. But the Philippine Coast Guard and the Philippine Navy prohibited us to go fishing there,” Hugo said, adding that the Philippine government itself is the one restricting them for their “safety”.

Hugo explained that it was his first time venturing out to the sandbars since November last year and that was why he was shocked when a China Coast Guard ship prevented him.

“When I am about to cross the sandbar Cay 2, a China Coast Guard with bow number 5103 blocked my boat,” Hugo described, saying that he immediately “made a U-turn and went away because of fear,” at about 8:30 AM (PST) on that day.

“The ship stopped in front of me, only about 60 meters away,” the fisherman said.

Hugo was the only one fishing in the area at that time. Although his small motorboat can load up to two people, he was alone then. He took his cellphone and made a video to document his experience in the disputed territorial area.

The video was posted in social media on January 28 and went viral online.

“I have many enemies at sea. Look! Those are Chinese ships in front of me. They are blocking me and I can’t get to sandbar 2. I will leave first,” he said in his 26-second video clip.

“Of course, I was so scared,” Hugo shared. “I thought the vessel would attack me or drive me away with a water cannon just like what other fisherfolk experienced before.”

“Boat versus big foreign vessel? Of course, that is really scary,” he said.

According to some analysts, these are militia boats that China uses in asserting its baseless claims of ownership of the area.

“West Philippine Sea is ours”

Hugo arrived on the island in 2008. He was originally from Roxas, Palawan. He was a former government employee but then decided to become a fisherman, as his salary cannot sustain the needs of his family.

Hugo described that more than ten years ago, fisherfolk in Pag-asa Island could freely travel and go fishing even for hundreds of nautical miles. When the issue on the West Philippine Sea became more prominent sometime in 2014, Chinese vessels started to appear more frequently in the disputed area.

“We can’t go far anymore because of the Chinese ships and vessels. Unlike before, we only have a few catches now. We’re only fishing near the island,” Hugo explained.

About 35 fisherfolks are residing on the island, according to the Municipality of Kalayaan Island. Before, most of them could catch a large volume of fishes and could earn about P1, 500-P2, 000 (US$41.23) per day. Now, the average income is only about US$20.

“The sad thing is we are not allowed to complain. The authority said they will take action if there are issues, but it didn’t happen,” he said.

“Of course, it’s a mixed emotion. I got scared, sad, and a little bit angry because the West Philippine Sea is ours.”

The Philippine military in Palawan, however, refused to believe the fisherman’s report about the alleged harassment by a Chinese vessel near the Philippine-occupied Pag-asa (Thitu) Island in the West Philippine Sea.

According to the Western Command data from the automatic identification system, which tracks vessel positioning at sea, about four Chinese vessels were in the area at that time, but stationary.

The Philippine military said that the Filipino fisherman’s claim is “improbable.”

While the recent display of China’s continued assertion of its maritime agenda in the disputed waters is also an issue, Hugo said that another issue is that the Philippine authority did not believe his statement.

“Many said it’s not true.  Why do I have to spin this story?” he said.

“What is my reason for saying that?” Hugo added, saying that the Filipino fisherfolk are not violating any rules or regulations. They are just fishing there.

“The problem is that our authority can’t speak for us, since they are also afraid of China. We are people from the ground, and we know the situation here, too,” he expressed.

“They can’t fight for us. Why is the authority allowing the Chinese to stay in the disputed area?” he lamented.

Mayor Roberto del Mundo of the municipality of Kalayaan in Palawan, in an exclusive interview with Maritime Fairtrade, said that they are not allowed to speak when it comes to national issues like the West Philippine Sea.

“We are okay here. Our people can still go fishing. But of course, there are instances that they also experienced harassment,” del Mundo said.

The municipal Mayor also shared that fisherfolk can’t go far because they will be needing larger boats to be able to fish, as the sea is rough most of the time.

Referring to the West Philippine Sea, “It is ours. But we need to follow the rules,” the Kalayaan Mayor expressed.

“China Coast Guard is an administrative law enforcement agency. The formulation of the coast guard law is a normal domestic legislative activity of China,” the embassy said on its Facebook account, reacting to multiple issues about the contested waters.

The Embassy said China will continue to seek a diplomatic and negotiated resolution with the Philippines over sea disputes.

“Enacting such a coast guard law is not unique to China, but a sovereign right to all… Many countries have enacted similar legislation. It was the Philippine Coast Guard Law of 2009 that established the (Philippine Coast Guard) as an armed and uniformed service. None of these laws have been seen as a threat of war,” continued the statement.

But former Foreign Affairs Secretary Albert del Rosario said the new law “[was] a sobering reminder to the world that China remains adamant in pressing its illegal claims in the South China Sea, now with force and probably with violence.”

In one of the press briefings, Presidential spokesperson Harry Roque said the use of force is “generally prohibited” under international law. China must follow its obligations under the United Nations Convention on the Law of the Sea.

In 2016, the Philippines won a case at the Permanent Court of Arbitration in The Hague, invalidating China’s claim to sovereignty over most of the South China Sea.

The court also made clear that the potentially oil-rich Recto (Reed) Bank was inside the Philippines’ Exclusive Economic Zone (EEZ) in the West Philippine Sea.

However, China continuously rejects the Philippine’s victory and ramps up its militarization efforts in the vital waterway.

The arbitration case was initiated by the former administration of Benigno Aquino III. But the current president, Rodrigo Duterte, has repeatedly faced criticism for not strongly enforcing the victorious award. 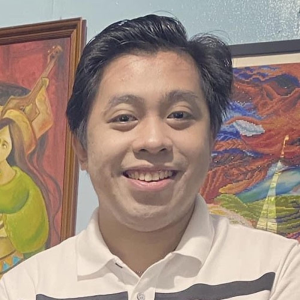