The hidden history of the deadly Golden Triangle.

A look into how geopolitics and a civil war has fueled the billion-dollar illegal drug trade in Asia.

The Golden Triangle, a heavily forested and remote area at northeast Myanmar that meets parts of Thailand and Laos, has a long history of being a major drug-producing region since the 1950s.  In recent years, the drug cartels have moved away from producing plant-based drugs like heroin and opium, which need space and is dependent on large manpower and weather, to cheaper and easy-to-make synthetics like methamphetamine (meth).

Synthetic drugs are made in labs and do not require a significant amount of equipment, so the labs can be small in size and thus easily concealed, and this presents challenges to law enforcement agencies especially in locations like the Golden Triangle.  The Golden Triangle is now believed to be the world’s largest producer of meth.

Asia’s meth boom is one of the world’s biggest drug crises.  According to the UN Office on Drugs and Crime (UNODC), there are around 12 million meth users in Asia, including Australia and New Zealand and in 2018, they consumed a total of 320 tons of pure meth.  In 2013, the meth trade was worth an estimated US$15 billion.

Now, the Asian meth market, worth as much as US$61.4 billion a year, is the biggest in the world.  In developed countries, crystal meth is mostly consumed by middle-class party-goers. In poorer countries, users take it as tablets mixed with caffeine, often to help cope with grueling work in factories and at construction sites.

The cartels, based in Hong Kong, Macau, Taiwan and Thailand, produce most of the meth in the Golden Triangle in labs and distribute it around the region, including Southeast Asia, Japan, South Korea, Australia and New Zealand.  The high-value markets of Australia, Japan, New Zealand and South Korea account for US$20 billion, around a third of the high-end estimate of the drug trade.

It all started with the CIA and Chinese rebels

A piece of little-known hidden history is that the rise of the Golden Triangle as the world’s top producer of illicit synthetic drugs started with the U.S. Central Intelligence Agency (CIA) and nationalist Kuomintang Army (KMT).  In 1949 after defeat at the hands of Mao Zedong’s communists in the Chinese civil war, the KMT retreated seawards to Taiwan.

However, there was also an exodus in the southwest border for thousands of rebels from the 8th Army, known to foreign observers as 93rd Division, who were stationed in Yunnan who could not reach the coast and had to march over the mountains into the jungles of Burma (now known as Myanmar).

The nationalist rebels and their families established bases in the Golden Triangle region and they vowed to retake China from the communists.  When China entered the Korean War in 1950, the U.S. wanted to stop the spread of communism in Southeast Asia and therefore, the CIA negotiated a deal with the KMT for them to gather intelligence and engage in guerilla warfare in Yunnan against the communists.  In return, the CIA provided arms, money, other critical goods and supplies, and logistical support.

The genesis of the great drug crisis

Although getting financial help from the CIA, the KMT also wanted other sources of income to support their expanding operations to fight the communists and to fortify their local bases.  So, they moved into the illicit opium trade given that where they were stationed, there were lawlessness and the availability of large swathe of remote land.  The opium, mostly grown by the local population, was guarded and transported by the KMT to syndicates in Thailand, where once synthesized into heroin, were shipped off to other countries.

Customers included the local ethnic Chinese, those across the border in Yunnan and the rest of Southeast Asia.  The illicit heroin would reach Hong Kong and even New York.  Thus, the KMT had established the supply chain that has fueled and sustained the Golden Triangle drug trade to this very day.

General Tuan Shi-wen, a famous KMT commander, said in an interview in the mid 1960s: “Necessity knows no law.  That is why we deal with opium.  We have to continue to fight the evil of communism.  To fight, you must have an army.  An army must have guns. To buy guns, you must have money. And in these mountains? The only money is opium.”

Incidentally, after the Chinese Communist Party gained power in 1949, in a concerted effort to eradicate opium uses, drug dealers were executed, opium-producing regions were razed to the ground and millions of addicts were rounded up for compulsory treatment.  To avoid persecution, the drug bosses shifted opium production south of the Chinese border into the Golden Triangle region.  Consequently, this action was also one of the factors that contributed to the rise of the Golden Triangle’s infamy.

Nowadays, in the Golden Triangle, the cartels are in cahoots with local militias and warlords who control parts of the region and who themselves are at war with the authorities.  They exploit endemic corruption, weak law enforcement and lax border controls.  According to UNODC, “In many parts of Southeast Asia, the systematic payment of bribes at borders is as regulated as the payment of fees in official bureaucratic systems.”  Chemical precursors necessary for the production of synthetic drugs are easily available from neighboring China, India, Thailand and Vietnam.

Laos has in recent years been a gateway for drug traffickers to move meth shipments out of the Golden Triangle.  The February coup in Myanmar and the still ongoing military crackdowns in the border areas has exacerbated this trend so much so that in April, the new Lao Prime Minister, Phankham Viphavanh, told the Lao National Assembly that cracking down on drugs is one of his priorities in the next five years.

In Luang Prabang province in August, three million meth pills were seized while in September, police arrested four men for possession of large quantities of the drug as well as precursor chemicals, meth-manufacturing equipment, and weapons.

Resilience of Golden Triangle during pandemic

The illicit synthetic drug market is so strong that even Covid-19 appeared to have little impact on it.  After initial disruptions early in the pandemic, the drug cartels quickly adjusted to the changing circumstances and by 2021, the large quantities of seizures suggested that production might have even increased during the pandemic.

The cartels have also changed the trafficking routes too.  For example, there was an increased use of maritime and water routes in Southeast Asia.  The “western maritime route” that connects meth producers in Myanmar to destination markets across the region and beyond has gained importance during the pandemic.

The shift might have been initiated by border closures and the ensuing difficulty in trafficking by land and the reduction in commercial flights.  The shift might also possibly be a continuation of an existing trend, accelerated by Covid-19.  Be that as it may, this resilience has once again demonstrated the drug cartels’ ability to adapt quickly to changed environments and circumstances.

In Myanmar on May 18 2020 at the height of the pandemic, police announced that during a preceding three-month operation centered around Lwe Kham village in Kutkhai Township in northeast Shan state, they have made Asia’s biggest drug bust in decades, including seizing 193 million methamphetamine tablets and 500 kilograms of crystal methamphetamine.  They also seized nearly 3,750 liters (990 gallons) of liquid methylfentanyl, which is a powerful synthetic opioid like fentanyl.  This was the first time the authority has discovered such a massive amount of fentanyl or one of its analogues in Southeast Asia.

A decades-old problem that won’t go away

Since the 1950s till now, the Golden Triangle ticks every box as the perfect location as the source of the illegal drug trade.  Drug cartels and the accompanying organized crime syndicates always look for business environment where there is government dysfunction and limited or no control.  The CIA, KMT and a perfect environment helped turned the Golden Triangle into the world’s largest meth-producing region that it is today.

In modern times, there is no shortage of enterprising criminal syndicates to replace the spies and Chinese rebels.  Because of the large amounts of profits involved and the perfect storm that is Golden Triangle, a perennial problem is that when two drug kingpins are arrested, four more will appear to replace them.  Therefore, this great drug crisis that has been haunting the region will not go away anytime soon. 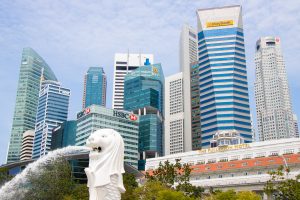 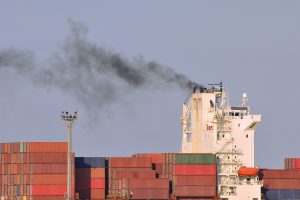 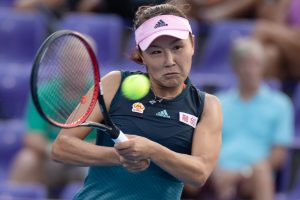 CEOs should stand on right side of history and condemn the Chinese Communist Party. #whereispengshuai #MeToo 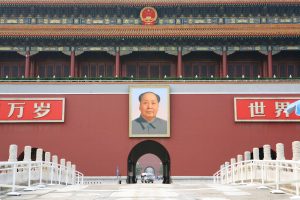