A matter of environmental risk.

A researcher says the level of paracetamol detected has no noticeable effect on humans but it may negatively impact the biota.

In October, a team of researchers from the National Research and Innovation Agency and the University of Brighton found a high concentration of paracetamol in several water sources in Jakarta.  The contaminated water quality has the potential to damage the environment, particularly the ocean and to pose a threat to fishes and other sea creatures.  The research is published in the Marine Pollution Bulletin.

The researchers had taken samples from four locations in Jakarta Bay: Angke, Ancol, Tanjung Priok, and Cilincing.  They found that several nutritional parameters, such as ammonia, nitrate, and total phosphorus, exceeded the national seawater quality standard. Meanwhile, paracetamol was detected in samples from Angke (610 ng/L) and Ancol (420 ng/L).

A member of the research team, Wulan Koagouw, said a 40 ng/L concentration of paracetamol has been found to cause atresia in female mussels.  Previous studies in the East Asian region have found that such concentration can increase oxidative stress in animals, a condition where the animal’s body does not have enough antioxidants to neutralize free radicals.  However, more research is needed to reveal the exact damage to Jakarta Bay, its biota and humans.

Speaking to Maritime Fairtrade, Koagouw said the research did not cover the effects of the contaminants on humans, including those who reside in the Jakarta Bay area who are exposed to the water sources.  However, she expected the impact to be minimal as compared to that of the biota.

“Paracetamol is not necessarily dangerous to humans, in fact, medically, it is used as an analgesic and antipyretic, and it can be found in a range of medicines.  However, according to the basic principle of toxicology, it is the dose that makes the poison.  I expect the effect from the Jakarta Bay paracetamol to be little to none, as comparatively, the doses that we take medically are much higher.  Our research did not look into the effects on human and it will be beneficial if future research can look into this area,” Koagouw said.

Koagouw, an oceanographer, said that while there have been published studies on other contaminants found in Jakarta Bay, the ones focusing on pharmaceuticals in waters were still relatively limited.

“This is because pharmaceuticals are classified as Contaminants of Emerging Concerns or CECs. More particularly in Indonesia, as far as I am aware, this is a new area and there has yet to be research focusing on CECs in aquatic environment,” she added.

A new area of research

According to the Organization for Economic Co-operation and Development (OECD), CECs are “a vast array of contaminants that have only recently appeared in water, or that are of recent concern because they have been detected at concentrations significantly higher than expected, or their risk to human and environmental health may not be fully understood”. Aside from pharmaceuticals, chemicals from industrial and household items and personal care products are some of the examples of CECs.

Koagouw hoped her current research can trigger future studies on emerging contaminants in Indonesia, especially after the world is stricken with the Covid-19 pandemic. Her research was carried out between 2017 and 2018, a few years before the pandemic, and Koagouw said it will be very interesting to see a follow-up as the consumption of paracetamol likely increases during the pandemic.

Ensuring every wastewater treatment plant (WWTP) works properly to filter wastewater from all kinds of contaminants, including paracetamol, before it returns to the environment is one of the most crucial steps in the effort.

“Improving the waste management system for both industrial and household wastewater is a pressing matter. The efficacy of the wastewater treatment plant must be the main focus: whether the existing ones have the capability to optimally filter out and neutralize all kinds of contaminants, and whether the plants are efficiently run,” Koagouw warned.

Meanwhile, the authority can also play a part by enacting a regulation to prohibit the indiscriminate disposal of pharmaceuticals.  This proposed regulation can be complemented by having a platform, such as a pharmacy or drugstore, for people to drop off expired/unused/unwanted drugs and medicines.

Lastly, Koagouw called for specific research to address challenges from the CECs as this research will form the scientific basis for future policy formulation.

“Research on pharmaceutical pollution has been ongoing for more than a decade in other countries, and Indonesia needs to catch up,” she concluded. 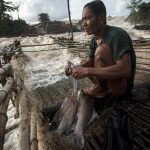 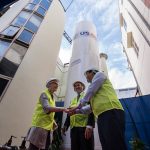 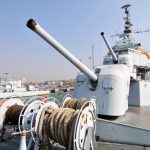