Homeless and Jobless during the Pandemic

To be homeless in the Philippines is to be largely helpless.

Many blue-collar Filipinos, including port workers, are hard-hit by the pandemic and are now facing the double whammy of joblessness and homelessness.

When the Philippine government declared that the National Capital Region (NCR) and surrounding provinces were going to be placed under immediate lockdown to prevent the spread of COVID-19, hundreds of thousands of Filipinos were caught unprepared.

Workers whose places of employment were in the NCR but who actually lived in the provinces were thrown into a panic as factories announces temporary closures. Small businesses were forced to immediately close shop, and those who made a living from the underground economy – selling goods in the market, offering small services like shoe-shining, key making, and appliance repair also had to stop operating.

This was in March 2020, and in the subsequent year, the devastating effects of the lockdown and the subsequent series of city-wide quarantine arrangements did not only raise the number of unemployed Filipinos but also greatly increased the ranks of the homeless.

Estimates from the Philippine Statistics Agency (PSA) have it that some 4.5 million Filipinos are homeless out of the Philippines’ 106 million total population. A large majority of these homeless citizens live on the streets and alleys of the capital Manila.

When the lockdowns were implemented, an estimated 11 million workers from the informal sector alone were affected.  As yet, no surveys have been conducted on how many of these workers – apart from the formal sector workers who also lost their jobs – were rendered homeless just as they were suddenly rendered jobless.  Without a doubt, the number of homeless Filipinos has grown in the last year.

These newly homeless Filipinos now struggle to survive and live on the streets of Manila, Quezon City, Pasay, and other capital cities.   Many of them used to be employed, but are now at a loss as to how they can pick up the reigns of their lives.

Stranded with nowhere to go

“I lost my job when the bakery I worked for closed because of the pandemic,” said Efren Calixto, 44. He is clean-shaven with clean clothes, and if it were not for the fact that he had all his belongings in plastic bags and flour sacks next to him, one would not have known that he was homeless.

“I was a master baker and I made good money. I did not want to go back to Zamboanga (almost 900 kilometers from Manila).  I knew how hard it was to find work there, and I thought I would just wait out the pandemic. I stayed and waited for things to improve, but they didn’t. Things got only worse – my savings ran out, and I couldn’t pay rent, so I ended up leaving,” Efren said. His rent used to be P2,500 (US$50) a month for a small room with a bed and access to a common bathroom and a small kitchen.

“The landlady and her husband were kind to me; they let me stay for three months without having to pay rent.  I helped around the compound doing repairs in exchange, but when someone came in looking for a room, I couldn’t abuse my landlady’s kindness any longer,” he said.

A similar case to Efren’s is Ernesto Rivera’s. At 64 years old, Ernesto appears hale and hearty despite sleeping on cold pavement.  For 15 years, he worked as a port area worker.  He offloaded heavy sacks of rice, flour, and other goods from ships and onto trucks.

He sent his earnings home to his wife and adult children in Bacacay in Bicol (11 hours by bus to the south of Manila).  He attempted to go home as soon as the lockdown was announced, but he found it very difficult.

“The bus companies were very strict and required proof of health that we were Covid-free. Everyone was panicking at the bus station, and I got worried that I would get Covid from being surrounded by so many people. There were random trucks and smaller buses that accepted passengers, but they did not go all the way to Bicol – I would have had to get off at every province we would pass because there were checkpoints. It would have been very costly and hard,” he explained.

In hindsight, Ernesto said that sometimes he wonders if he should have persisted. “I would’ve gotten home in the end, “he said. Now he lives on the street with other port workers whose situations were like his. Together, they try to find odd jobs, but these are rare.

“Potential employers require that we get health tests, and we can’t afford to pay for them. The test for Covid alone costs P2,000 (US$40). Where are we supposed to get that kind of money when we can hardly buy food every day?”

No work, no food

The first year of the pandemic saw the Duterte administration acting very slowly and in confusion.  The taskforce that the government established led by the Department of Interior and Local Government (DILG) saw itself at odds with city mayors as the taskforce has imposed measures which the mayors saw as impractical, such as banning tricycles and practically prohibiting the majority of buses and jeepneys from plying the streets.

The provision of relief aid was also much delayed, and residents in hundreds of communities suddenly found themselves beginning to starve because people were prohibited from leaving their homes unless they could provide proof of work or proof that they were not infected.

This was all at a time the government was still indifferent to calls for mass testing to be implemented, and the Department of Health (DOH) was still largely ignoring the advice of doctors and scientists to bolster community-based health programs before the virus spread further.

The situation in the urban poor communities was very alarming, but the situation for the homeless was even worse. When the city governments finally started distributing food packs, the homeless were excluded because they were not covered by the census of households.

Scavenge for food on the street

“We couldn’t even get food from the garbage bins. Many of the restaurants closed, even the small eateries,” said Concha Santos. Her face is lined and worn with care, making her look much older than her actual age of 42.

She explained that she used to sell food in Divisoria, one of the busiest marketplaces in Manila, but when the lockdown happened, she lost everything. She tried to continue selling the rice cakes she made, but the police confiscated them and even charged her for violating the quarantine rules.

“Instead of throwing me in jail, the police who arrested me just took my earnings and said that I was getting off easy.”

Concha has a family, but they live in Bulacan, some two hours from Manila. She said that they were better off without her in the meantime. “I’m still hoping that things will get back to normal and I can apply as a housemaid somewhere. I can cook and clean and do the laundry,” she said.

For now, Concha lives on the kindness of passersby and gets regular food from the different churches that open their soup kitchens every morning at 6 am. She also scavenges among the trash containers of various fast-food restaurants looking for time-expired burgers or unfinished fried chicken meals.

Skilled workers are not spared

Many of those who became homeless as a result of the pandemic are skilled and some even reached college. They were financially independent and employed, but because of the chaotic social situation that erupted when Covid-19 struck, they lost what savings and security they had.

Jimmy Erano takes pride in being a good building painter. Alfredo Enriquez worked as a construction worker. Arsenio Fajardo is a licensed electrician who can repair appliances, while Eduardo Sombillo even took a vocational school course in housekeeping.

They all used to be employed by a construction company in Cavite to the south of Manila, but when the pandemic didn’t subside by January this year, the owner apologized and laid off everyone.  They walked from Cavite and ended up in the streets of Manila.

“We’re lucky that the four of us had a bit of money saved up. We pool our money to buy food, and we bathe and wash our clothes in gas stations that let us. It’s a really hard life right now,” said Jimmy.

All four of them are in their mid-30s and they keep on looking for work. “The construction sites we’ve gone to don’t accept new people because they worried about infection. None of their workers leave the premises. We could have gotten accepted at one site, but they wanted us to get tested against Covid-19. We did not because we don’t have the money,” Alfredo said.

Being unable to test against Covid-19 also ensures that they will not be able to travel back to their home provinces as local authorities require travelers to present test results of being Covid-19 free.

In May 2020, the national government launched an emergency social protection program wherein the Department of Social Welfare and Development gave out one-time emergency funds to 18 million poor households.  Called the Social Amelioration Program or SAP, the subsidy amounted to a minimum of P4,000 (US$80) to a maximum of P8,000 (US$160) per household.

The beneficiaries were chosen from the families who were previously surveyed but failed to be included in the government’s nationwide conditional cash transfer welfare program dubbed “4Ps” which has been in place for 13 years. The 4Ps scheme covers a total of four million households of the supposed poorest of the poor, but the program itself continues to be criticized because of alleged irregularities in how the beneficiary families were chosen.

In any case, the SAP did not benefit the homeless either, mainly because the homeless either have no identification cards, or in cases where they do, they are not registered in records of the barangay or city whose streets they have been living on.  As for the newly homeless, most of them are not part of registered households.

On the whole, many of the homeless, in a state of indigence, remain ineligible for government assistance because of the lack of sufficient proof of identity and residence.

Showing gratitude for being alive

Now, nine months into the second year of the pandemic, homeless Filipinos remain largely helpless even as they cling tightly to hope. They survive from day to day relying on the compassion of strangers and what humanitarian assistance different churches, non-government organizations, and charitable institutions can provide.

Those interviewed for this story consider themselves very lucky – almost miraculous—that they have not been infected with Covid-19.

“What do we do? We pray. We pray that this pandemic ends soon. We pray that the kindness of those who continue to help us will not. We live one day at a time, and maybe for now that is enough.” 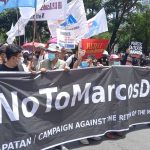 The Philippines braces as son of ousted dictator ascends to presidency 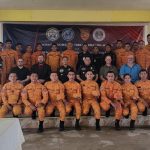 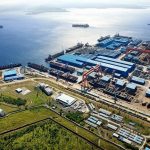 Women seafarers rise to the occasion