Xi Jinping is turning his back on the path of economic growth initiated by Deng Xiaoping and returning China to the era of Maoism.

Deng Xiaoping may have left a legacy of modernization and reform with the opening up of the economy to the world but current leader Xi Jinping is jeopardizing the fruits of Deng’s labor by instituting a slew of heavy-handed measures from the playbook of Maoism to silence critics and media, keep the private sector in line and galvanize the masses against the whole world.

In order to bump up his political achievement to make sure no one opposes his ambition to reign for life, especially in light of the upcoming centenary celebration of the establishment of the Chinese Communist Party (CCP) in July and the 20th National Congress scheduled for the second half of 2022, Xi has to show that he is in complete control and he has chosen to manifest this control by reviving Maoism.

Of particular concern to the business community is the situation of Hong Kong, a special administrative region and a global financial hub that is now regarded as just another Chinese city.  The massive 2019 protests had given an opening for Xi’s political enemies to challenge his position.  In an effort to recover his iron grip, Xi implemented the draconian Security Law that ended Hong Kong’s semi-autonomous status.

Freedom of the press is one of the tenets of capitalism but as Xi moved to stamp out dissent in Hong Kong and ordered a direct assault on news media, he was also indirectly eroding capitalism in the city.

There were no indications that he showed concern in this regard as in his calculus, establishing authoritarian control in the fastest way possible was his priority.  Moreover, he had also taken into account that he could use the massive Chinese consumer market as a trump card to retain the loyalty of the profit-driven private sector.

In this bid to control the narrative to his liking, Xi, using tyrannical measures, is heavily censoring media outlets and has succeeded in striking fear in them and forced a certain degree of self-censorship.  Thus, Hong Kong’s reputation as a bastion of press freedom in Asia is no more.

On April 16, Jimmy Lai, media tycoon and founder of the Apple Daily tabloid, was sentenced to 14 months in jail for pro-democracy protests.  Choy Yuk Ling, prizewinning producer from RTHK, a public broadcaster known for deep investigations and which for years offered hard-hitting reports critical of the government, was found guilty and fined for using a public database for a documentary that was critical of the police.

The printing warehouse of daily newspaper The Epoch Times was ransacked by four armed and masked men on April 12 for a second time in less than two years, after an arson attack in 2019.  In this latest assault, which was swift and violent, the assailants threatened employees and damaged the main printing press and other equipment with sledgehammers.

On July 1 2019, a group of masked men vandalized the independent broadcaster Citizens’ Radio.  In 2018, an editor for the Financial Times was forced to leave the city in an apparent retaliation for his role in hosting a talk by a pro-independence activist. The New York Times has moved a number of editors from Hong Kong to Seoul in part because of problems renewing work visas.

With Xi seeing press freedom as a major threat and his obvious hand in the persecution, Hong Kong has plummeted from 18th place in 2002 to 80th place in 2020 in the Reporters Without Borders World Press Freedom Index while mainland China remains at 177th out of 180.

Since coming to power in 2012, despite the tragic shortcomings of Maoism, Xi has shown a propensity of building a personality cult around himself in the mold of Mao Zedong and of putting China in a revolutionary mode against the perceived imperialism of the west.

Xi consolidated control over the party, mercilessly persecuted critics in the name of eradicating corruption, and pushed the legislative body to end term limits, which he succeeded in March 2018 when the legislative body amended the constitution, and thereby creating a path for him to rule indefinitely.  He is supposed to relinquish power during the 20th National Congress in 2022.

In the reform era following the death of Mao, Deng steered the party away from strongman rule to consensus rule and collective leadership, and institutionalized a power-sharing arrangement with each leader serving a maximum of two five-year terms.  He believed that this pivot would ensure a peaceful transfer of power, which would bring about political stability and economic development.  And history has proven him correct.

However, Xi, in his quest for insatiable personal power, reversed thirty years of reform and opening up and now, China is in yet another revolution.  He has successfully fired up the masses and get them to fall in line behind him by propagating the narrative of China being exploited and abused by western powers until he led the country to stand up and to wealth and status.  He warns that the Chinese have to remain on this revolutionary road to avoid being bullied and humiliated again.

The light of democracy goes off in Hong Kong

Xi is in a powerful position now.  He has a firm grip and control of the people, propaganda and the People’s Liberation Army.  Although the CCP is in charge of China, the reality is that Xi is now solely in charge of the party.  This makes it likely that Xi, after 2022, stays for an unprecedented third term and beyond, even perhaps for life.  Be that as it may, one must also keep in mind that however improbable, another scenario is that Xi is dismissed by rival factions and has his power stripped away.

Xi does not tolerate dissent and is known to clamp down ruthlessly on criticism, real or perceived.  He has punished business tycoons who he thinks had stepped out of line.  Ren Zhiqiang, a retired real estate mogul who called Xi a clown, was given an 18-year prison sentence last year.  After Jack Ma criticized regulators in October 2020, Alibaba was fined US$2.8 billion and Lai Xiaomin, former chairman of Huarong Asset Management, was sentenced to death in January for corruption.  The list goes on.

In another crackdown reminiscent of the political purges of the Cultural Revolution, a period of great disaster for China, on April 9, Xi launched a hotline for netizens to report online comments that are deemed to defame the ruling party.  Effectively, he is turning the people against each other and rallying the public to betray friends, neighbors and family members.

Therefore, having asserted broad and total control over the private sector, extinguished dissent, created an atmosphere of fear and suspicion and not having succession planning, Xi may inadvertently lead Hong Kong to economic stagnation. 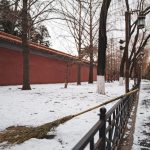 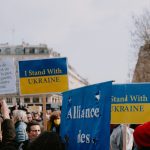 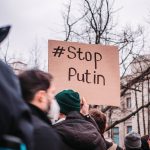