India has most potential among emerging markets

Optimism is based on what India has accomplished with the Goods and Services Tax and other reforms, and on what can still be done to create economic growth and prosperity.

India is the emerging market with the greatest potential, ahead of a slowing China, according to an annual survey of global logistics industry executives.
In the survey, part of the 10th annual Agility Emerging Markets Logistics Index, India, China, Vietnam, Brazil and Indonesia are the countries seen as having greatest potential.

The Index is a broad gauge of competitiveness, ranking 50 countries by factors that make them attractive to logistics providers, freight forwarders, shipping lines, air cargo carriers and distributors.
China, India and Indonesia rank highest for domestic logistics; China, India and Mexico are tops for international logistics; and UAE, Malaysia and Qatar have the best business fundamentals.
In business fundamentals, India (10) and China (7) trail smaller economies, but India has made leaps in recent years with the adoption of the Goods and Services Tax and other economic reforms.
“The logistics industry’s optimism is based on what India has accomplished, the Goods and Services Tax and other reforms, and on what can still be done to create economic growth and prosperity,” says Andy Vargoczky, SVP Sales & Marketing Asia-Pacific for Agility Global Integrated Logistics.
“China still generates excitement, but its economy is slowing, and there is uncertainty about the future of its trade relationship with the U.S.”

Against a backdrop of trade friction and data showing China’s economy slowing, survey respondents see India as the market with greatest potential over China, their second choice.

This is because they offer manufacturing and sourcing alternatives to China.

64% of executives surveyed see the BRI boosting growth and trade for China; only 41.4% believe it will help other emerging markets.

But when it comes to what size companies will grow fastest in emerging markets, SMEs are their top pick over multi-nationals and big regional or local companies.

China (1) and India (2) continue growing at more than 6% a year. Russia (14) is slowed by economic sanctions and low energy prices; Brazil (15) has lost market investment amid its worst downturn; and South Africa (24) has seen prospects suffer amid years of ruling party infighting and labor unrest. 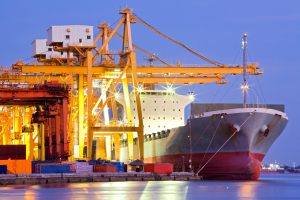 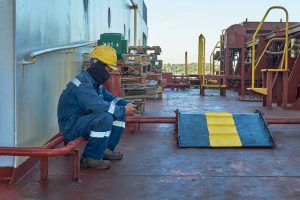 A new ICS report finds 7.5% of seafarers are female