Indonesia is opening up fishery and oil and gas investment opportunities to US companies in a bid to counter Chinese aggressiveness in the Natuna Seas.  However, it is important to have in place security first.  By SD Reza, Indonesia correspondent, Maritime Fairtrade

As Indonesia sought to leverage the strategic location of its Natuna Islands, most recently by inviting the United States to invest in the archipelago’s outermost islands, the reality is more complicated as investors want security in the region, Indonesia’s envoy to the US has said.

During the visit of US Secretary of State Mike Pompeo to Indonesia on 29 Oct, Foreign Minister Retno Marsudi invited the US to the development of Natuna Islands, which borders Vietnam and Malaysia and is located adjacent to the contested South China Sea.

Countries surrounding the waters, including the Philippines, Malaysia, Brunei Darussalam and Vietnam have staked their own claims in the South China Sea, but China made sweeping “nine-dash line” claims based on invalidated historic rights.

Newly appointed Indonesian ambassador to the US Muhammad Lutfi said there are two key resources in the Natuna Islands that have the potential for investment, namely the fishery sector and oil and gas sector.

“In the fishery sector, it is already being fought over not only by Indonesia and neighboring Vietnam and Malaysia, but also Chinese fishermen who are escorted by their Coast Guard,” he said in a briefing late Monday 2 Nov.

Curbing illegal fishing has been the main concern that Indonesian authorities has to deal with in the Natuna Sea, with at least 31 foreign fishing vessels seized from June to October this year for illegal and unreported fishing within Indonesia’s Exclusive Economic Zone in the Natuna waters, according to Destructive Fishing Watch (DFW).

The other investment opportunity was the D-Alpha gas field, also known as East Natuna block, which is currently owned by state-owned energy giant Pertamina, Lutfi said.

With a total proven reserve of around 42 trillion cubic feet (tcf) of gas, it is one of the largest gas reserves in Asia. However, the gas field has a high carbon dioxide (CO2) level of 72 percent, which needs advanced technology to maximize extraction and a sizable investment for its exploitation.

“This is a giant gas field that we have, but it couldn’t work in the past because more than 70 percent of the gas field contains CO2,” he said, but quickly adding that the latest technology could bring a new opportunity to explore the oil field.

He said he had talked with major US investors over the potential of investing in Natuna, especially in those sectors, but they wanted safety assurance before making any commitments.

According to him, offering investment opportunities without security to partner countries in the South China Sea was simply against the basic principles of trade and investment, which is safety.

He said investors were concerned about how China was very aggressive when Vietnam was exploring oil fields. Last year, Vietnamese and Chinese ships were embroiled in a weeks-long standoff near an offshore oil block in disputed waters of the South China Sea, which fall within Vietnam’s Exclusive Economic Zone.

Indonesia and China were also caught in their own diplomatic spat at the beginning of this year after China’s coast guard and fishing vessels were detected within Indonesia’s Exclusive Economic Zone in the North Natuna Sea.

As a non-claimant state in the South China Sea dispute, Indonesia has continued to stand up against China’s nine-dash line claims, saying that it has “no international legal basis.”

“Of course, it’s like chicken and egg, do they want to invest when it’s safe, or invest first and then get security. In my opinion, the first one makes more sense. This is also what the big American companies in the oil and gas sector are saying, that they need security before investing,” he said.

The Quad refers to the US, Japan, Australia and India, who grouped together in an informal strategic forum widely viewed as a response to the rise of China.

Furthermore, it is important that Indonesia, through ASEAN, can ensure peace, stability and prosperity in the South China Sea, Lutfi added.

“This is our main goal, and it is my job to ensure that Washington and Jakarta have intense communication,” he said. 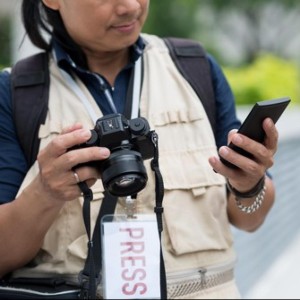 SD Reza, our Indonesia Correspondent based in Jakarta, specializes in the beat reporting of maritime issues, foreign policy and ASEAN affairs. Reza sees journalism as a way to democratize news to all people.