While Indonesia has officially banned the export of lobster seeds by enacting the necessary regulation, the Minister of Maritime Affairs and Fisheries has called for cooperation with Vietnam, one of Indonesia’s main export destinations for lobster seeds, in lobster aquaculture development. Experts said such cooperation is necessary for Indonesia, which continues to struggle in that area.

Minister Wahyu Sakti Trenggono said that after the ban, the next step to take to accelerate lobster farming in Indonesia is to start a collaboration with Vietnam. The Indonesian ambassador to Vietnam, Denny Abdi, has opened discussion to strengthen bilateral relations between the two countries, including on fisheries.

Marine and fishery policy researcher at the Indonesian Institute of Sciences (LIPI), Anta Maulana Nasution, told Maritime Fairtrade that working together with and learning from Vietnam will provide valuable inputs for Indonesia’s lobster industry in the long run as Vietnam is successful in lobster aquaculture.

“It’s an important step for Indonesia to start the collaboration with Vietnam to exchange knowledge and start a joint venture, among other things. Also, both countries are in ASEAN, so it’s quite feasible for them to cooperate,” Nasution explained.

In addition to being in the same regional community, there are benefits that both countries can gain if they cooperate, and this is a strong driving factor for the initiative to work. While getting insights into the world of lobster farming will be high up on Indonesia’s list, Nasution said the cooperation is an opportunity for Vietnam to negotiate for an exemption to the ban of lobster seeds supply.

“There’s a huge possibility that Vietnam will agree to the proposal since they are in need of lobster seeds, as they are facing a shortage since Indonesia’s ban. The issue of the lobster seeds supply put Indonesia in a better bargaining position,” Nasution said.

Win-win cooperation for all stakeholders

However, despite being supportive of the plan to cooperate, Nasution also noted that the rewards should flow down to all stakeholders, including small businesses and individuals who have been working in the lobster industry.

“If the government is serious about the plan, they should take into account and involve every party, even those that are at the bottom of the industry.   For example, we need good local lobster farmers, and they should be a part of the plan as well,” he said.

Besides involving all the relevant stakeholders, formulating the right and effective programs is just as vital.

“The cooperation can be in a form of capital investment as well as education and research, for example. Whether the platform is government-to-government or government-to-business should also be highlighted,” Nasution said.

According to him, by planning and building a solid and all-rounded implementation program, the government can also it as a showcase to earn public trust and support for the cooperation with Vietnam as following up an export ban with cooperation with a major export destination may seem like a dubious policy.  However, projects that can have a positive impact on the industry and improve the livelihood of the local community are bound to gain public appreciation.

More than a ban is required to fight lobster seeds smuggling

Lobster seeds have long been Indonesia’s hot commodity with a high economic value. Its export policy has been through several changes: banned in 2016 by former minister Susi Pudjiastuti, re-allowed to export by her successor Edhy Prabowo in 2020, and back to being banned by current minister Trenggono.

Avoiding over-farming and protecting local industry players are among the reasons why it is illegal to export lobster seeds. And by issuing a ministerial regulation on the matter, the Ministry is hoping to put an end to lobster seeds export.  But it will need more than a mere regulation to help the industry, Nasution said.

“Back when export was first banned, smuggling became rampant. Then, when it was legally allowed, no one could really guarantee that the illegal smuggling would stop. And now that it is back to being banned, will smuggling become even more rampant?” he asked.

While a potential cooperation with Vietnam can theoretically develop the national lobster industry and reduce the amount of smuggling, putting a definite end to it will require more effort.

Nasution noted that in the majority of fisheries crimes, it is very rare that the masterminds are arrested and prosecuted. However, a recent judicial review by the Constitutional Court handed authority to investigators from the Ministry of Maritime Affairs and Fisheries to investigate money laundering related to fisheries crime, and so there is now more chance for the masterminds to be prosecuted.

Therefore, this new judicial decision is a breakthrough and he hoped that such authority can be extended to include investigation into lobster seeds smuggling and hopefully, with the support of a legal foundation and the investigators’ unwavering integrity, there will be an eventual eradication of the top criminal elements involved in illegal smuggling. 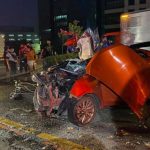 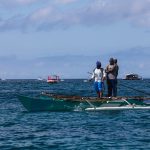 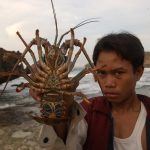 Tri is a writer and journalist based in Jakarta with editorial experiences in several newsrooms in Indonesia. Her focuses include politics and security as well as international affairs.