With monetary and fiscal policies securing macroeconomic stability, the Indonesian economy expanded at a robust 5.2 percent in the third quarter.

Investment growth remained a key driver of the economy, with construction investments rebounding from the previous quarter.

“Continued structural reforms that reduce domestic vulnerabilities will further enhance economic resilience and allow for even better management of global volatility, should it return in the future.”

The persistence of uncertainty regarding global trade tensions and the possibility of further tightening of U.S. monetary policy may lead to further capital outflows and financial volatility among emerging market economies, including Indonesia.

This edition of the Indonesia Economic Quarterly highlights the importance of policy reforms to boost trade and foreign direct investment, which would not only make Indonesia more competitive globally and create jobs, but would also strengthen its current account position and boost resilience.

“Although pressures on the Rupiah have eased, Indonesia should further strengthen its external position by accelerating efforts to increase exports and investment,” said Frederico Gil Sander, World Bank Lead Economist for Indonesia.

“Measures such as implementing free trade agreements and revising the negative investment list (DNI) to reduce restrictions to investment from abroad will boost Indonesian competitiveness and create good jobs that can move more Indonesians into the middle class.”

The Australian Department of Foreign Affairs and Trade supports the publication of this report.

The hits, misses of maritime industry responses to pandemic 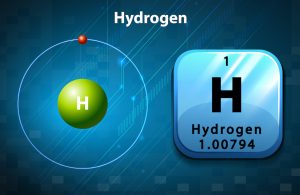