All stakeholders in the Indonesian shipping industry, especially freight forwarding and shipping services, must ensure they meet and maintain important safety standards and requirements, according to Jazzy Isya Perdana, director of project and business development, PT. Samudera Energi Tangguh, in an interview with Maritime Fairtrade on September 12.

According to data collected by Maritime Fairtrade, almost every month, there were marine accidents throughout 2021 in Indonesia. The National Transportation Safety Commission (KNKT), Ministry of Transportation, has investigated and concluded major cases such as the shipwreck of Asian Champion (IMO 9474656), collision of Habco Pioneer and Barokah Jaya, explosion of Gemilang Perkasa Energi, and capsized of the Gako in the waters of Kedung Ombo.

There were two reports of marine accidents last month.  In Talaud, North Sulawesi, due to the negligence of the captain because he left the control room unattended to urinate, the KM Glory Mary went into shallow water and hit a reef.  In South Sulawesi, 11 of the 15 seafarers on a cargo ship were reported missing because of high waves.

Jazzy hoped the shipping industry will take note of safety issues and comply with all existing standards and procedures, which he added, the government has to regularly review and develop to keep up with the times.

Since the establishment of PT. Samudera Energi Tangguh, a subsidiary of PT. Samudera Indonesia, the company did not experience a single accident at sea, Jazzy said, because of strict adherence to safety procedures.  Also, the company has undergone all the required safety audit and assessment and obtained all safety certifications.

According to current records, accidents mostly involved small shipping companies with small ships, mainly used for fishing and ferrying people between islands. These small companies usually have lax safety procedures because of the constant focus on cutting cost.

Additionally, to raise safety standards, Jazzy said the Indonesian government should aim for BKI (Indonesian Classification Bureau) to join the International Association of Classification Societies (IACS), formed in 1968, of which 90 percent of the world’s merchant shipping tonnage is classified by the 12 member societies.

Most international shipping companies use the IACS members’ rules and regulations as the basis of their fleet’s design, licensing and compliance requirements.  Jazzy said although Indonesia has a long way to go and may not be able to catch up now, the government and local shipping industry have to make the effort to benchmark themselves against the IACS and make an effort at improving. 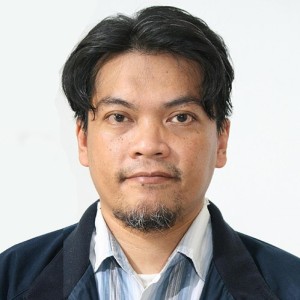