The International Transport Workers’ Federation (ITF) said that the Australian Government must urgently implement a nationally-consistent best-practice plan for crew changes on international trading vessels following the preventable death of a seafarer during a high-risk transfer off Queensland’s Sunshine Coast in early August.

The man died after reportedly falling from a ladder being used to transfer seafarers between the Liberian-flagged bulk carrier Formosabulk Cement and a small vessel.

As the incident occurred in Australian territorial waters, approximately five nautical miles off Mooloolaba, the vessel has been detained by the Australian Maritime Safety Authority to allow an investigation into the death to occur.

The ITF said the lack of a nationally-consistent policy on international seafarer crew changes, along with restrictive state-based health orders, appeared to be the reason the high-risk offshore transfer was undertaken rather than occurring in port.

“Currently, Queensland is one of the only states in Australia facilitating crew changes on international vessels — which in many cases have seafarers that have been effectively trapped onboard for more than a year due to the COVID crisis,” ITF Australia coordinator Ian Bray said.

“The Formosabulk Cement was reportedly sailing to a NSW port, where a crew change could have safely occurred at the berth, but because of that state’s restrictive health orders, it appears the vessel operator instead decided to replace the crew while sailing down the QLD coast.

“After spending the last year at sea, this seafarer was looking forward to finally returning home to his family, but instead they have received the tragic news that he died during the crew change.

“Our deepest sympathies are with his family, friends, and fellow crew members.

“It is essential that the Australian Government learn from this completely preventable death and take the urgent steps needed to address the crew change crisis that caused it.

“Australia is failing to live up to its legal obligations as a signatory to the Maritime Labor Convention, which outlines the nation’s responsibility to the health and welfare of the seafarers that keep the nation’s supply chains moving.

“State and Federal Governments are complicit in any fatalities that occur because crew changes are being undertaken in an unsafe manner due to their prescribed health orders.

“The Australian Government needs to urgently address this issue, working with State and Territory Governments to put in place a nationally-consistent, best-practice crew change policy that allows the safe transfer of crew members while vessels are in port.

“The current situation is seeing risky off-shore transfers take place, while some vessels are diverting to QLD ports because it is the only Australian state with a comprehensive approach to crew changes.” 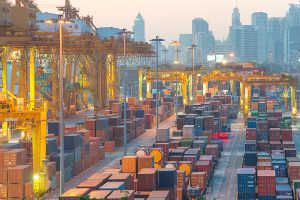 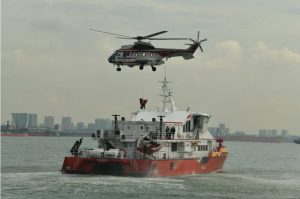