674 ocean-going commercial ships and offshore units were sold to scrap yards in 2019. 90% was broken down on only three beaches in Bangladesh, India and Pakistan. However, much work needed to be done to improve their safety record.

According to new data released by the NGO Shipbreaking Platform, 674 ocean-going commercial ships and offshore units were sold to the scrap yards in 2019. Of these vessels, 469 large tankers, bulkers, floating platforms, cargo- and passenger ships were broken down on only three beaches in Bangladesh, India and Pakistan, amounting to about 90% of the gross tonnage dismantled globally.  However, much work needed to be done to improve their safety record.

Last year, at least 26 workers lost their lives when breaking apart the global fleet. The Platform documented accidents that killed 24 workers on the beach of Chattogram (formerly known as Chittagong), making 2019 the worst year for Bangladeshi yards in terms of fatalities since 2010. At least another 34 workers were severely injured.

Whilst the total death toll in Indian yards is unknown, local sources and media confirmed at least two deaths at shipbreaking yards that claim to be operating safely, but have failed to be included in the EU list of approved ship recycling facilities.

In India, many yards now boast having upgraded their beaching facilities to comply with the requirements set by the International Maritime Organisation’s Hong Kong Convention.

Recent inspection visits by the European Commission in Alang and media reports, however, flag serious concerns related to pollution of the intertidal area; absence of medical facilities; breaches of labour rights and lack of capacity to safely manage a number of hazardous waste streams, including mercury and radioactive contaminated materials that are typically found on offshore oil & gas units.

No facility located in South Asia meets the safety and environmental requirements for EU approval.

Today, banks, pension funds and other financial institutions are actively taking a closer look at how they might contribute to a shift towards better ship recycling practices off the beach, taking into account social and environmental criteria, not just financial returns, when selecting asset values or clients.

Police and environmental authorities are also increasingly monitoring the movements of end-of-life vessels. Following the Seatrade judgement in the Netherlands where, for the first time, a ship owner was held criminally liable for having intended to sell four end-of-life ships to Indian beaching yards, several other cases of illegal traffic are under investigation.

Aiding and abiding environmental crime is equally punishable: insurers, brokers and maritime warranty surveyors could therefore also be held liable. By unravelling the murky practices of shipbreaking, these cases highlight the importance of conducting due diligence when choosing business partners. 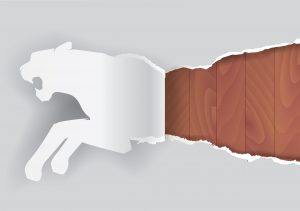