Growing in line with global recovery.

Most of the container ports in Malaysia are showing positive year-on-year throughput growth this year.

The prospects of the Malaysia’s port sector remain healthy for the current year and 2022 with some ports expected to post encouraging growth in their container throughput in line with the global economy recovery from the COVID-19 pandemic.

Most of the container ports in Malaysia are showing positive year-on-year throughput growth this year and the positive momentum will continue into 2022, said Syed Muhammed Kifni Syed Kamaruddin, an analyst at MIDF Research, in an interview with Maritime Fairtrade.

“We can expect to see further throughput growth in the port sector both this year and next as the world’s economy gradually recovers from the 2020 recession and the effect of the COVID-19 pandemic,” he said.

AmInvestment Bank foresees the port sector in the region including Malaysia will remain to be well positioned as it will benefit from the shifting sourcing patterns accelerated by the pandemic, arising from the relocations of the manufacturing base by multi-national companies out of China to the region. It believes seaport operators will continue to benefit from the growing containerized cargo movements worldwide.

According to the bank, “The port segment has already emerged from the pandemic since mid-2020 and remains resilient, underpinned by strong demand for seaborne freight.

“We believe this has been supported by the recovery in demand for consumer and industrial goods such as apparel, accessories, machinery parts and automotive parts in the West; the restocking activities by big retailers such as Amazon and Walmart; and increased semiconductor production in response to the acute chip shortages worldwide especially in the automotive industry.”

MMC to recover in line with global growth

“With Maersk, the largest container ship operator in the world, owning a 30 percent stake in PTP, we believe it will ensure that PTP will remain as its regional transshipment hub, ensuring sustainability of TEU’s volume,” said MIDF Research.

“For Port of Tanjung Pelepas, we apply a more cautious assumption of similar performance to last year at 9.85m TEUs. We hold similar positive view for Westports. The management of Westports guided for a low single digit growth, operationally. We translate this to projection of five percent year-on-year growth to 11.01 million TEUs,” MIDF Research added.

AmInvestment Bank projects Westports’ container volume to grow by a stronger five percent in 2022 from a mere two percent this year.

“Westports, being one of the key transhipment ports in the region, could still be punching below its weighting amidst the ports congestion. Its operational efficiency is hurt amidst excessive traffic at the port and as shipping lines miss their port call schedules, having been held up too long during their calls in the previous ports. However, assuming the situation is to revert to normalcy over the immediate term, Westports should return to a stronger growth path.”

According to AmInvestment Bank, seaports have not been able to realize their full potential due to the congestion at the ports which hurts efficiency. The port congestion has been triggered by the imbalance in the East–West seaborne trade as economies in the West are reopening faster than in the East. The imbalance has resulted in the shortage of empty containers in the East but excess in the West.

“Another reason is the longer turnaround time at seaports in the East due to various restrictions as the pandemic is still raging on in the East,” the investment bank said,

It believes the port congestion should gradually ease as shipping liners take delivery of new containers and as the East catches up with the West in recovery.

Meanwhile, Syed Muhammed Kifni, the analyst at MIDF Research, said the COVID-19 pandemic has resulted in a series of global supply chain disruptions as some countries imposed additional lockdowns or tightened controls at the ports due to a resurgence of infection cases.

While the congestion levels have reportedly improved, normalcy may return only when significant parts of the world have moved past the COVID-19 pandemic stage hence diminishing the risks of major border lockdowns or controls, he added. 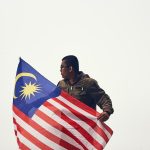 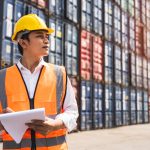 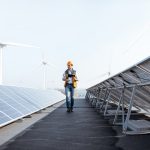