Hyundai Heavy Industries, the world’s biggest shipbuilding group, has announced a deal to take over second-ranked Daewoo and create a global giant controlling over 20 percent of the market.  Sunny Um reports on the conflicting issues surrounding the merger.

In January 2019, Ha Tae-jun, a Daewoo Shipbuilding & Marine Engineering (DSME) employee, was left shocked after reading in the news that his company, which is one of the three biggest shipbuilders in South Korea, was set to be sold to its rival Hyundai Heavy Industries.

“I did not have any idea what is going on,” Ha, who also serves as a policy manager of the company’s labor union, told Maritime Fairtrade.

Hyundai Heavy Industries said that this merger of the shipbuilding giants in South Korea will boost the country’s dominance in the global shipbuilding market.  However, Ha countered that the merger will deteriorate the industry’s competitiveness and lead to major job losses.

“The labor union asked then-CEO of the company (Jeong Seong-lip) to confirm whether this report was true. He said he was not involved in making this decision and was only recently informed by the Korean Development Bank (KDB) that the company will be sold to Hyundai Heavy Industries.”

Two months after the report, Hyundai Heavy Industries announced that it has officially signed the contract for the DSME acquisition with the KDB, the biggest shareholder of DSME.

However, to finalize the deal and to satisfy antitrust laws, Hyundai Heavy Industries must receive approvals from six governments that have a big shipbuilding industry: China, the European Union (EU), Japan, Kazakhstan, Singapore, and South Korea.

As of today, the company is awaiting the EU, Japan, and South Korea to approve the acquisition.

The problem of financial mismanagement

This is not the first time that KDB, a state-owned bank which is the biggest shareholder of DSME, tried to sell the company.

In 2008, KDB called for the tender of DSME. A consortium led by Hanwha Engineering & Construction was the successful bidder which offered US$5.4 billion (six trillion won) for the acquisition. However, due to the global financial crisis in 2008, the consortium failed to pay the promised amount and the sale was canceled.

Recurring financial mismanagement is the main reason why KDB is trying to sell off DSME.  The company has around US$1.8 billion of deficit accumulated since 2011 and former executives were convicted of accounting fraud in 2017.

KDB reportedly spent US$6.3 billion to settle DSME’s financial problems and this was a huge burden on the government’s coffers as well.

“Another reason is that DSME has many management problems including the inherent inertia to move forward with new innovation solutions.”

KDB Chairman Lee Dong-gull said the combination of two of the giant shipbuilders will ease competition and excess capacity, which have depressed ship prices.  He added that the deal will also “raise the fundamental competitiveness of Daewoo, at a time when the threat from latecomers in China and Singapore is growing.”

An alternative view from the labor union

Ha from DSME said that the merger will do more harm than good. One of the biggest reasons for this is that with the merger, Hyundai Heavy Industries will gain dominance in the shipbuilding market and hence more power to set the price. The two companies have a combined 60 percent of orders for LNG carriers.

Also, there is the worry that many local businesses who depend on work from DSME may lose a majority of their income.

DSME is currently headquartered in Geoje, located in South Gyeongsang province, with nearly 70 percent of the city’s population relying on the company and its related businesses to make a living.

“There are around 1,200 companies in South Korea supplying tools and materials, such as steel, to DSME,” Ha said. “Local businesses in Geoje and other cities will have to close down if the company becomes a part of Hyundai Heavy Industries.”

Importantly too, Ha is concerned about job cuts and retrenchment.

“When the merger was first announced, Hyundai Heavy Industries did say that they will keep all current employees,” Ha said. “But this may change once the dust settled.”

110,000 Geoje citizens have signed a petition against the merger. DSME’s employees have been on strikes and protests in front of the South Gyeongsang Province Hall for the past two months.

Despite the petition of the local community to stop the merger, there is no official response from the central government or any other political parties yet.  The Geoje city office, at least, is strongly against the sale of DSME.

“The city of Geoje strongly urges the government to withdraw the decision to sell DSME,” said Geoje Mayor Byeon Gwang-yong, who is from the ruling Democratic Party that President Moon Jae-in belongs to.

“The city office will do as much as it can (to stop the merger).” 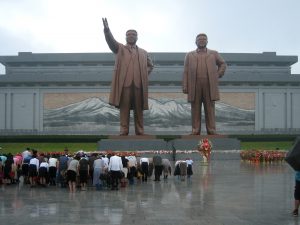 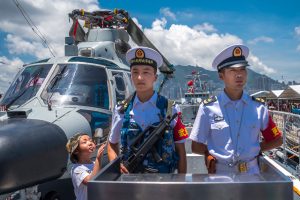 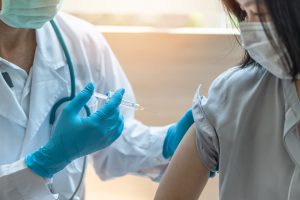 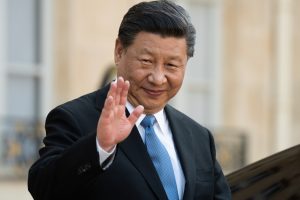