In one extreme measure, the authority placed a man-portable missile-defense system and buried landmines near the borders.

North Korean authorities took drastic measures to stop cross-border smuggling, as a countermeasure to prevent the COVID-19 virus from reaching its shores when the pandemic continues to aggressively ravage the world.  By Sunny Um, South Korea correspondent, Maritime Fairtrade

As the COVID-19 virus continues to rage outside of the country, North Korean authorities placed a flurry of strict orders to stop smuggling activities in recent months.

In November, authorities had temporarily closed down Hyesan, a city on the border with China, after discovering four border guards were involved in smuggling activities. The government also ordered this month to place a man-portable missile-defense system and bury landmines near the borders to stop illicit trades. Most recently, a North Korean smuggler was publicly executed for violating COVID-19 quarantine rules, according to a Radio Free Asia’s report.

Experts say that Pyeongyang’s swift and drastic measures to halt smuggling activities on the borders may pose some challenges to the domestic economy, as many of its people’s livelihoods are dependent on smuggling.

Smuggling makes up a large segment of the North Korean economy, with many private exporters trading with foreign smugglers. For example, Jangmadang, black markets that popped up near borders, are where domestic sellers and smugglers meet and trade.

As the government does not give enough payment to products, some North Korean enterprises get involved in smugglingto make a bigger profit, according to a study published by the University of North Korean Studies in 2008.

The study cited a defector’s comment saying that North Korean producers sell their products to foreign smugglers who can purchase them at a higher price than what the government proposes.

“Exported goods are produced by us, (not the country),” the defector said. “No matter how much the government warns people not to smuggle, they will pursue higher profits.”

Balazs Szalontai, a professor at Korea University, says that smuggling has not been much legally or formally regulated by the government, however. “The state’s control is quite arbitrary,” said Prof. Szalontai during an interview with Maritime Fairtrade.

“They can prohibit anything, allow anything, or make some arbitrary changes in the rules. Smuggling is what now the government considers as ‘smuggling.’”

Prof. Szalontai says that recent measures on smuggling seem to be focused on preventing the virus from spreading. This is because the country does not have a sufficient fund and a developed medical system to deal with the spread of the virus.

“When the virus was first found in China, the country became concerned if the virus would spread from any sort of border crossing,” he says. “North Korea thinks that the easiest way to stop the virus spread is closing the border.”

On the other hand, some experts say that the sudden change in North Korea’s measures against smuggling is to strengthenthe government’s authority.

“The regime instructed its people that external enemies such as the United States and South Korea are plotting to spread the virus to harm the highest dignity,” said Ri Jong-ho, a former advisor to Kim Jong Il, during a webinar “What to Do About North Korea” held by Defense Forum Foundation in early December.

Ri projected that the authorities will not relax the regulations on smuggling activities until the virus is completely“eliminated” in China and South Korea.

Prof. Szalontai says that the recent sanctions on smuggling activities will affect the livelihoods of North Koreans substantially, as a large part of the economy comes from trade in private markets.

“The biggest industry of the private sector is trade, and a high percentage of such trade is made with China,” he said. “But since the virus started to spread from China, North Korea decided to close down all borders shared with the country.”

The international sanctions are not helping the North Korean economy either.

In 2017, the United Nations imposed trade sanctions against North Korea in response to the country’s nuclear and missile activities. China, reportedly, had been exporting sanctioned goods to the country until the borders were closed due to the virus.

“North Korea will need to reopen the borders and relax the regulations on smuggling to keep the economy alive,” Prof. Szalontai said. “But they’re more scared of the virus spreading in the country than (the economic downturn.)

“Whatever happens to the economy, the government may think ‘we have survived the famine, we can overcome (the virus) as well.’” 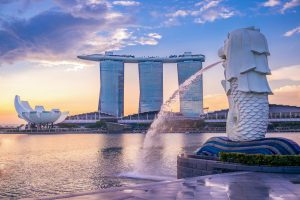 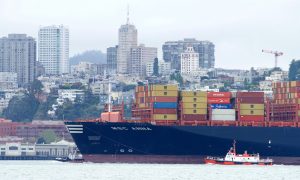 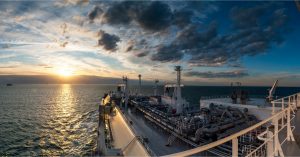 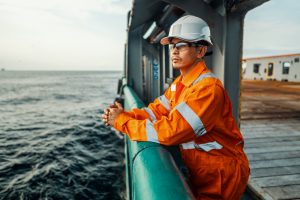 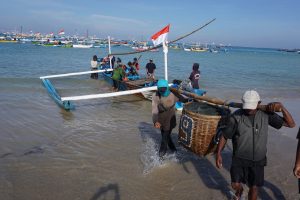 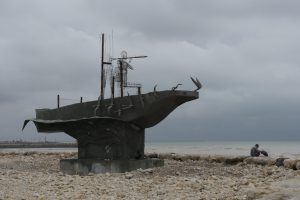