Exclusive interview with Philippine Navy chief Vice Admiral Giovanni Carlo Bacordo on why there is a need to use hi-tech Israeli patrol boats to maintain maritime sovereignty.

The Philippines has contracted an experienced Israeli shipyard to build new fast patrol boats that will not only boost the country’s maritime security but its shipbuilding industry as well.

According to Philippine Navy chief Vice Admiral Giovanni Carlo Bacordo, the Philippine government signed a contract in January with Israel Shipyards, which has been building vessels for the Israeli Navy since 1963, to construct nine fast patrol boats.

The boats will be the fifth and latest version of the Shaldag-class fast patrol boat that has been used by the Israeli Navy and eight other navies since the original version was designed and launched in 1989.

The Navy chief said the 25-meter (81-foot) Shaldag Mark V can cruise at 42 knots and reach top speeds of 50 knots and is armed with a remote-controlled Typhoon Weapon System, also developed by Israel, and a German-made Oerlikon cannon plus two 12.5mm machine guns and depth charges. They can also carry missiles.

Bacordo, a navy man of 34 years, explained the features of the patrol boats in an interview with Maritime Fairtrade.

“With its advance design, the speed can go as fast as 42 knots. That is quite fast. The new boat has improved aerodynamic design. It looks so high-tech, and it’s easy to maneuver. It has improved ballistic protection too,” he said.

“It has the Spike Non-Line-of-Sight (NLOS) missile, a stabilized platform, and a mini-Typhoon (weapons system). These are remote-controlled.  The firepower is superb. That is why these are really needed by the Philippine Navy.

“These Fast-Attack Interdiction Craft-Missiles (FAIC-M) will fill the gaps left by the decommissioning of Boni Serrano-class patrol crafts.”

He was referring to the seven Chamsuri-class fast attack boats that South Korea donated to the Philippines in the 1990s.

“Secondly, this commission contributes towards the implementation of our archipelagic defense strategy for naval operations. It will fill the gaps in manning our choke points, key sea lines of communications, and territorial seas,” the Navy chief said.

“By the very nature of our maritime environment, we really need these vessels. We have key sea lines of communications passing through our archipelagic waters. It’s very hard to guard our country. It’s like a house or a community that has plenty of gates where people can enter and exit.

“Aside from that, there are several security threats, you know, and one-third of the world trade passes through our area,” Bacordo said, referring to the South China Sea which is embroiled in a host of maritime disputes.

Once completed, he said the new boats will be deployed in busy sea lanes such as the straits of Mindoro, Balabac, Basilan, and Sibutu. The last three were once tagged as international piracy hot spots.

Israel’s transfer of technology to Philippines

Bacordo, who has been involved in the Israel project since its inception in 2018, was also equally excited about another aspect of the deal which can have a significant impact on Philippine shipbuilding.

“Another good thing about this project is that as part of the contract, Israel Shipyard has to build the last two units here in the Philippines at our own Sangley Point naval shipyard in Cavite.  This will effectively help to revive our shipbuilding capability as there is a transfer of technology.”

Israel Shipyards, founded in 1959, used to be a state company that became a drain on government coffers until the Israeli conglomerate Schlomo Group bought it in 1995 and turned it into one of the biggest shipbuilders in the Mediterranean Sea.

Bacordo has dispatched Navy engineers to the company’s shipyard in Haifa to learn the technology.

“So, if we want to manufacture the 10th and 11th platforms in the future, we can do it here in our own shipyard. Therefore, this project will help develop and elevate our shipbuilding capability,” Bacordo said.

Around 40 percent of the project’s US$200 million budget will be spent on upgrade of the Cavite naval shipyard, which is expected not only to build boats but also to maintain them.  There will be an expected boost in local employment.

Although the Philippines cannot compare to South Korea, Japan and China in the tonnage of their shipbuilding, it does have an experienced workforce numbering around 48,000, which are employed in 110 shipyards across the country.

But most of these shipyards focus only on ship repair and maintenance while shipbuilders produce only two million gross tons of new ships each year. The government, however, is itching to double this production to four million gross tons and this Israeli contract is a first step.

With the bankruptcy of Hanjin Heavy Industries shipyard in Subic Bay in Luzon, the leadership of the industry has fallen onto Japanese shipbuilder Tsuneishi Heavy Industries in Cebu province where it has built around 280 vessels over the past 26 years.

Australian shipbuilder Austal also has a subsidiary in the Philippines with a shipyard that builds commercial vessels and commissioned projects from Australia.

Bacordo is confident that the Israel Shipyard deal will be favorable to all parties, including existing shipbuilders, because there will be complementary economic effects and more vibrancy in the industry.

“We need more than 40 of these FAIC-Ms, but for now, the nine will be the first batch.

“With this technological modernization, we have to increase the strength of our Navy because our vessels are bigger now, more high-tech, and so we also need more personnel to man these vessels.

“While we are sourcing some of the personnel from the decommissioned ranks, we will need more active navy personnel too.” 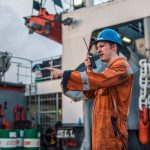 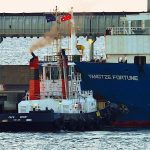 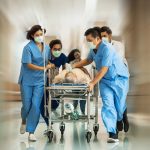 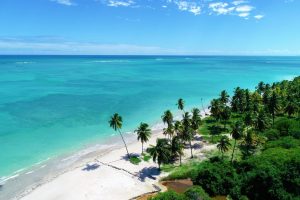