With deep-seated root causes, the Philippines' piracy problem persists even amid the pandemic and is seen to be a continued serious concern moving forward.

Maritime piracy remains a serious concern in the Philippines despite the outbreak of the coronavirus pandemic last year, with the problem kept afloat by the country’s long-running problems with bandit groups and aggravated further by the slow tide of justice in local courts.

Data from the Philippine Coast Guard obtained by Maritime Fairtrade shows at least two incidents happened in the southern part of the country during the first quarter of the year – one involving the robbery of a ship and the other an attempt at an unauthorized boarding of a bulk carrier.

Such incidents have been fairly common in the Philippines over the last few years, according to statistics from the coast guard, with 12 other similar incidents and 14 attempts recorded since 2016. Of this number, a single incident happened in 2020.

But the situation could be worse than what local authorities in the Philippines are saying.

According to data from the Regional Cooperation Agreement on Combating Piracy and Armed Robbery against Ships in Asia (RECAAP), a government-to-government initiative among Asian states formed in 2006 to monitor and combat maritime crimes, more than 50 incidents and at least 11 attempts happened in Philippine waters and ports during the same time five-year period.

Thirteen of these incidents happened in 2020 alone, a far cry from the Philippine Coast Guard’s record of a single incident in the year, suggesting that such incidents are severely underreported in the Philippine archipelago.

Lawyer Ferdinand Nague, president of the Maritime Law Association of the Philippines, told Maritime Fairtrade that most cases of maritime piracy in the Philippines are small-time incidents, the majority of which are petty robberies perpetrated by small groups or even single individuals.

These cases are usually settled in courts and the criminals sentenced to jail for two to three years, Nague said.

But for big cases involving ships owned by major commercial shipping companies, the maritime lawyer said the duration of criminal trials are longer and cases take several years to resolve.

“Some cases do not even make it to court because the bandits are still being pursued to this day,” Nague lamented, adding that even if the perpetrators of the crime are caught, building up a case usually takes six months or more.

He recalled one case where it took ten years before the Philippines’ Supreme Court could resolve the case.

Lawyers handling these cases also get death threats from criminal groups that these perpetrators belong to, further impeding the resolution of this type of crimes.

Piracy and the depth of its cause

Jose Antonio Custodio, a security expert and a non-resident fellow at the local think tank, Stratbase ADR Institute, told Maritime Fairtrade that piracy is an income-generating activity for many rebel and terrorist groups in the Philippines, most of which have operations in the unguarded coastlines and sea regions at the southern part of the country.

“You cannot solve piracy if you cannot solve the internal security problems. If you cannot put a lid on the Bangsamoro Islamic Freedom Fighters and the Abu Sayyaf, you will never be able to control piracy,” Custodio said, referring to the country’s two largest bandit groups tagged as terrorist organizations by the international community.

Aside from piracy, both groups – which have links to the Islamic State – are notorious for kidnappings, bombings and beheadings in the southern Philippine region of Mindanao. The Philippines Armed Forces estimate there are about 300 armed fighters in the Abu Sayyaf group while the Bangsamoro Freedom Fighters have around 280 as of mid-2020.

In a previous interview with Maritime Fairtrade, Philippine Coast Guard Spokesperson Commodore Armand Balilo said they have around 15 patrol ships in rotation patrolling the country’s entire coastline which stretches for 36,000 kilometers.

Mark Matthew Parco, president of the Philippine Liner Shipping Association, told Maritime Fairtrade that the government should allocate enough funding to the Philippine Coast Guard and other security agencies to sustain their operations and improve their capabilities.

Parco’s group accounts for about 80 percent of the volume at the Manila North Harbor and is the biggest industry group in the Philippines that is engaged in coastwise trading.

Parco recalled that sometime in 2005, the deployment onboard merchant ships of sea marshals, who are basically uniformed personnel from the military, was required by the government due to terrorists and rampant piracy threats.

He said the practice was eventually shelved due to various problems, with their members now resorting to hiring the services of private security agencies instead to deploy armed and unarmed security to safeguard their vessels. 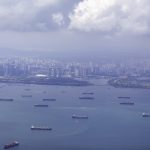 42 armed robberies against ships in Asia during first half of 2022, says ReCAAP ISC 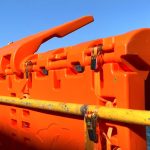 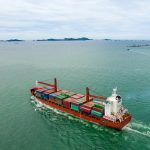 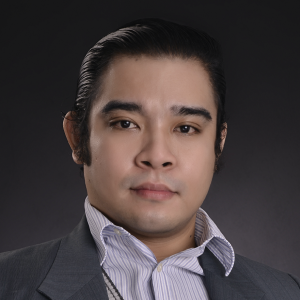