Fijian passengers and maritime workers may be in life-threatening danger aboard Fiji’s largest ferry fleet. ITF inspectors have received information indicating that Goundar Shipping Limited may have registered the MV Lomaiviti Princess III at 14 meters shorter and with a 2,431 lower gross tonnage that the vessel’s previous registration in Canada under the name ‘MV Queen of Chilliwack’ when Goundar brought the ship to Fiji.

The paperwork discrepancy has meant the ferry has likely not received critical maintenance required for a vessel of its size, nor has it been staffed with crew of required skill and experience according to Fijian regulations and international rules.

Did the ship shrink?

On 24 March, an inspector for the International Transport Workers’ Federation (ITF) wrote to the Maritime Safety Authority of Fiji (MSAF) officially raising the discrepancy which had been flagged to the union federation.

“Should this information be accurate, and we suspect it is, then this raises red flags for the ITF,” wrote the ITF’s Sarah Maguire to Fiji’s maritime safety authority.

“We believe this vessel and others in Goundar’s fleet are not operating safely, have not received dry dock, and are being operated by crew who are under-qualified,” Maguire told the regulator.

Large vessels require regular ‘dry dock’ periods out of the water in order to perform critical maintenance. Fiji’s regulations stipulate vessels of the Queen of Chilliwack’s size need a larger, more qualified crew than on the smaller vessel Goundar registered with MSAF in 2015.

“What this tip-off to the ITF has revealed is that Goundar Shipping’s wrongdoing may not be limited to its widespread exploitation of seafarers, but may also include potentially falsifying official safety documentation and endangering the lives of thousands of passengers who use its services every week,” said Maguire. Goundar Shipping’s seafarer scam was first exposed by the ITF to media in February.

“Did the ship shrink? How does a ship lose 14 meters on the trip from Canada to Fiji? Or is it the case that Fiji’s biggest seafarer scam operator been caught in further wrongdoing: downplaying the size of his new vessel in order to avoid properly maintaining and manning it?”

“Fijian authorities must treat these fresh allegations more seriously than they treated the complaints made by seafarers back in September,” said Maguire.

Fiji’s Human Rights and Anti-Discrimination Commission Director, Ashwin Raj, confirmed crew came to authorities with more safety concerns. They revealed that at least one of the ship’s radar devices and depth-measuring echo sounders were not operational, risking beaching or stranding of the vessel. The seafarers also told the Director of their concern that Goundar’s ferries are sometimes overloaded, according to reports.

“If the information provided to the ITF is correct, then the lives of passengers and workers aboard these ferries are in serious danger. MSAF needs to immediately suspend Goundar Shipping’s licence to operate until a proper safety assessment can be carried out,” said the ITF’s Maguire.

Maguire said that if the company is proven to have falsified these safety documents, then Goundar’s licence should be permanently revoked and director George Goundar prohibited from owning commercial maritime vessels for life. 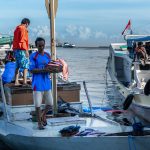 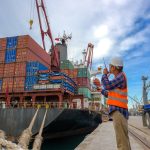 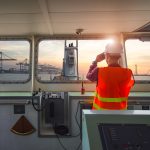