A Salute to the Fallen Seafarers of KRI Nanggala-402

After the previously-missing Indonesian submarine KRI Nanggala-402 was found and all 53 crews were confirmed dead, on April 25 the Navy said natural factors are most likely to be the cause of this disaster.

On April 26, Indonesian president Joko Widodo announced he will grant military promotion to the fallen KRI Nanggala-402 crew members as well as award them with a Navy medal of honor.

“The state will posthumously award promotion from their current rank to the next higher rank and a Jalasena medal of honor for our best soldiers’ dedication, service, and sacrifice,” President Widodo said in Jakarta.

Furthermore, the government will also support the education of the crew’s children up to the level of a bachelor’s degree.

The Indonesia Navy will fly the national flag at half-mast for seven days to honor the sailors. State officials, such as local government figures and House of Representatives Speaker Puan Maharani, have also ordered the lowering of flag to half-mast as a symbol of mourning and respect.

Prayers and hopes from families

Despite confirmation from the Navy that there are no survivors in the tragedy, some family members continue to hope for a miracle.  The wife of sailor Guntur Ari Prasetyo said she is still hopeful that her husband and the rest of the crew can be found alive. “I still hope for a miracle that the submarine can be recovered and all crew survive,” Berda Asmara said on Monday, after an absentee funeral prayer in Surabaya.

Meanwhile, the wife of Harry Setyawan, commander of the submarine, said their children are her priority right now, and that families of the crew have been supporting each other in these difficult times.

“I have to be strong for my children. I will like to think that my husband believed that I am able to cope with this tragedy,” Winny Widayanti said. She added that prior to the confirmation that there are no survivors, she had met with the wives of KRI Nanggala-402 crew members and said that their support had helped her in accepting the death of her husband.

Speaking on April 25, the chief of staff of the Indonesian Navy Admiral Yudo Margono explained that initial analysis of the sinking of the submarine pointed to natural factors playing a big part in the tragedy.  He dismissed the possibility of human error.

“We have been evaluating the case from the beginning, and I am convinced that it wasn’t caused by human error but rather due to natural factors,” Margono said in Bali on Sunday.

According to him, the submarine had followed all necessary procedures and the crew had met all necessary requirements for the dive.

However, he added that the sunken submarine must first be recovered in order for further investigation to take place, thereby enabling experts and officials to determine the exact causes of the sinking.

Previously, news broke in the afternoon of Wednesday April 21 that the Indonesian submarine went missing in the coast of Bali where it carried out a torpedo exercise. The search for the submarine with 53 crew on board began immediately.  Navies from neighboring countries, including Malaysia and Singapore, assisted Indonesia in the effort.

The rescue teams raced against time as oxygen supply was expected to last only until Saturday morning.

Then on Saturday afternoon, Admiral Margono announced that debris, likely from the submarine, had been found and subsequently confirmed that the vessel had sunk with all crew presumed dead. The submarine, cracked into three parts, was found at a depth of 838 meters. 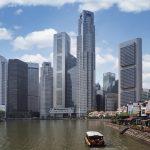 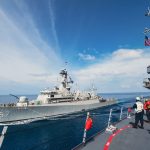 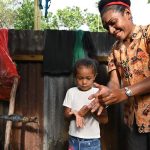