19 abandoned crew of the bulk carrier MV AIZDIHAR (IMO 8906846) flagged to Tanzania anchored of Bander Abbas, Iran, have contacted Human Rights at Sea (HRAS) for help.  The crew reported that they are rapidly running out of food, water and fuel and are urgently requesting support in their ordeal.

Abandoned for 14 months since 28 February 2020, but only reported eight months later on 20 October 2020 to the ILO database, the 19 crew are desperate for immediate relief. They are said to comprise 10 Indian, 2 Syrian, 5 Bangladeshi and 2 Pakistani seafarers.

Speaking with HRAS, 4th Engineer Sahil Singh who has been onboard since 7 March 2020, explained that the owner had not paid any salary and the crew have repeatedly asked for sign-off but with no success. “We’re living here miserable lives” he said.

The crew have contacted various respective state authorities, as well as the ILO, ITF and ISWAN. They have been in contact with the owner, but the case remains unresolved adding to the continuing hardship for both crew and their families.

The Master reported to the ILO on 27 February 2021: “Some of the crew’s close family members died and they cannot sign-off. I am holding Sea Ocean Queen Shipping entirely responsible for this barbaric act and also for if some crew (commit) suicide.”

The last update to the ILO database by the ITF states: “ITF (5 March 2021).  The vessel is currently in the port of Bandar Abbas in Iran. The owners have paid outstanding wages of US$197,987 and repatriated 12 crew. The remaining crew report a lack of food, water, provisions and inhumane living conditions. These crew are owed 11 months wages.”

Tanzania is rated as a Black Flagged and 66/70 according to the Paris MoU on Port State Control.

Levels of diesel are sufficiently low that the generator can only be run for two hours per day, while the crew’s identity and seaman’s documents have reportedly been taken by the shipping agent and have not been returned. This action not only deprives them of their individual proof of identity, but also prevents the crew from leaving the vessel and being repatriated.

The Indian crew are in contact with the Indian Embassy, while the Master has reportedly written to the embassies of all crew in addition to individual crew complaints to their respective State authorities.

The lack of basic provisions, the fact that the crew have not been paid and that they have been abandoned for such an excessive period, once again shines a spotlight on the abysmal treatment of seafarers who are being abused as a disposable commodity and not respected as individuals with fundamental human and labor rights. 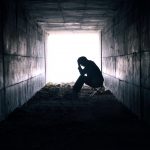 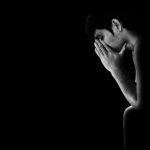 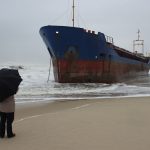