Increased tensions in the Indo-Pacific region and the strengthening of military relations were the topics of discussion when U.S. and Japanese diplomatic and defense leaders met virtually for the 2022 U.S.-Japan Security Consultative Committee Meeting.

During opening remarks, Austin touched on the strength of the U.S.-Japan alliance.

“We know how strong that alliance is today,” Austin said. “It remains the cornerstone of peace and prosperity in the region. We’re rightly proud that it’s built upon a foundation of not just common interests but also shared values.”

However, Austin also noted that some of the interests shared by the U.S. and Japan are at risk due to growing aggression in the Indo-Pacific.

“We’re meeting against a backdrop of increased tensions and challenges to the free, stable and secure Indo-Pacific region that we both seek … challenges posed by North Korea’s nuclear ambitions and by the coercive and aggressive behavior of the People’s Republic of China.” Austin said.

To counter those threats, the U.S. and Japanese militaries are looking for ways to enhance readiness and strengthen integrated deterrence capabilities. Last month, he said, the U.S. and Japan concluded participation in the military exercise Yama Sakura 81. This latest iteration of the exercise was the largest it has been in 40 years.

The Yama Sakura annual training exercise focuses on the defense of Japan with bilateral planning, coordination and interoperability between the Japanese Ground Self Defense Force and U.S. military units.

Austin also noted that last month the U.S. and Japan completed the military exercise Resolute Dragon, a bilateral field training exercise held in Japan which focused on integrated deterrence and involved over 4,000 service members from the U.S. Marine Corps and the Japan Ground Self-Defense Force.

“We truly remain grateful for the support that Japan continues to provide U.S. forces deployed there … and for an extraordinary level of mutual cooperation against the full spectrum of military capabilities,” he said. “We will — and we must — continue to work even more closely together.”

“This framework will include, first, enhancing alliance capabilities across all domains; also evolving our roles and missions to reflect Japan’s growing ability to contribute to regional peace and stability; and optimizing our alliance force posture to strengthen deterrence,” he said. 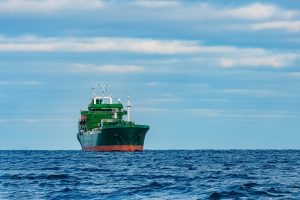 Chinese nationalism is out of control

Foreigners and all foreign brands are not safe.