In the morning of 1 March 2021, Immigration & Checkpoints Authority (ICA) officers from Changi Airfreight Centre, Air Cargo Command noticed anomalies in the scanned images of a parcel declared as ‘medicine’ from Vietnam.

ICA officers conducted further checks and uncovered 200 vials believed to contain about 20mg of fentanyl. On 24 March, CNA reported that this was the first time fentanyl was seized in Singapore.

This detection prompted a follow-up operation conducted by the Central Narcotics Bureau (CNB) in the afternoon of the same day. CNB officers arrested the intended recipient of the parcel, a 30-year-old female Singapore Permanent Resident, in the vicinity of Beach Road.

Two other Singaporean males (aged 62 and 25) were also arrested together with the female suspect for suspected drug-related offences as well. The three suspects were escorted to their hideout, an apartment in the same vicinity.

The Health Sciences Authority (HSA) was alerted when CNB found other illicit medicines in the apartment. During a search of the apartment, HSA seized approximately 16 liters of cough syrup in cannisters and bottles, and more than 4,500 units of unlabeled tablets and pills.

The total street value of these illicit medicines is approximately S$9,300. Preliminary investigations revealed that the apartment was used to illegally manufacture and store the cough syrup and medicines. Instruments used for mixing and rebottling, such as a high-speed industrial blender, funnels and measuring containers, were also seized.

Fentanyl is known to be a very potent opioid, approximately 50-100 times more potent than morphine. The abuse of fentanyl results in similar effects to other opioids, such as nausea, drowsiness, respiratory depression, low blood pressure and slow heart rate.

Due to its potency, fentanyl abuse brings with it a heightened risk of death as a result of overdosing and there have been many cases in overseas jurisdictions of overdose deaths relating to fentanyl and its derivatives.

Singapore adopts a zero-tolerance stance in the fight against drug abuse. 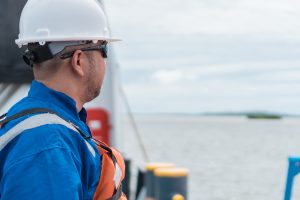