Soaring Freight Rates to Stabilize within Next Two Years

There is consensus that even when rates come down, the “new normal” will be higher than that of the pre-pandemic average.

The soaring global freight rates are only expected to stabilize within the next two years due to the current backlog with the past congestion that need to be cleared by next year.  Most industry observers foresee that the situation will only return to normalcy by 2023, at the earliest.

“The current extremely high global freight rates are not expected to stabilize anytime soon. This is due to the current backlog with the past congestion which may only be cleared by middle of next year, assuming there are no further lockdowns which will lead to port congestion,” said a shipping analyst at a bank-backed research firm in an interview with Maritime Fairtrade, who wished to remain anonymous to discuss sensitive issues.

He opined that the average freight rates, when stabilize in 2023 will be higher than that before the COVID-19 pandemic.

“Although it is hard to pinpoint exactly when the congestion delays will end, there is consensus that even when rates come down, the “new normal” will be higher than that of the pre-pandemic average.”

As of September 16, the average price for transportation of a forty-foot equivalent unit (FEU) stood at US$10,375 which is 323 percent higher year-on-year. The rates hovered at around US$2,000 from August 2019 to August 2020. This was the 22nd consecutive week of increase in the rates, he said.

The analyst attributed the surging shipping rates to a combination of supply and demand factors.

He attributed the increasing demand for shipping transportation to economic re-openings following successful vaccination drives in the western hemisphere.

“These have resulted in “revenge spending” as a direct result of pent-up demand during the lockdowns. This is especially evident in the Asia to North America trade which recorded a rise of 27 percent year-to-date compared to pre-pandemic levels. The situation is unlikely to ease anytime soon and should last well into 2022, especially with more countries successfully coming out of lockdowns,” he said.

With regard to supply, upward pressure on shipping rates comes from a few sources.

Congestion at ports resulted in increasing lead times for deliveries and ships were unable to berth.

He said an average round-trip has increased to 70 days currently from 41 days prior to the COVID-19 pandemic, citing the Suez crisis in last March and the Chinese port closures due to COVID-19 outbreaks in Yantian during last May and Ningbo during last August.

The shipping industry can expect a demand shock from the abrupt lockdowns brought by the COVID-19 pandemic.

“At the beginning of the pandemic, global mainline operators idled 11 percent of their fleet and have not been quick enough to redeploy capacity when economies started to reopen in early 2021. Additionally, with some routes such as Asia – North America commanding high rates, liners have opted to redeploy capacity along those routes and thus starving other routes of capacity,” he said.

It takes two to three years for cargo ships to enter service from the date of order. Hence, there is no quick solution to address the current shortage of cargo ships in the global market. In addition, there are fewer shipyards around the globe today, around 120 compared to about 300 in 2008.

Due to the global lockdowns last year, there are still a large number of empty containers stranded at import destinations globally, mostly in the western hemisphere.

“Even if exporting countries want to ship their goods out, they are unable to do so without these empty containers and some mainline operators have even deployed a percentage of their existing capacity to make trips just to bring back these empty containers. This situation further fuels the rates as there are not enough cargo ships for the conventional trade,” he added.

Hence, the current freight rates are justified. “However, it is difficult to project at this juncture how high will the rates go or when it will start to come down since the causes of the rate hikes are cyclical and not structural,” he said.

In a separate interview, another analyst at an international research firm, who also wish to remain anonymous, concurred, saying that container shipping freight rates are very high globally, such as for routes from Asia to the United States, Asia to Europe, Asia to Middle East, and Middle East to United States/Europe/Asia.

“This is caused by the surge in demand for manufactured goods as consumer spending has been diverted from hotels, airlines and travel to spending on online shopping. This is exacerbated by the shortage of container box supply, and port congestion, which has caused exporters/importers to scramble for available boxes. So, exporters and importers in Malaysia have to pay a lot more for international shipping. The situation may return to normalcy in 2022 -2023,” he said.

Meanwhile, Chairman of Malaysia Shipowners’ Association (MASA) Datuk Ir. Abdul Had Md. Amin said that the long haul (Malaysia to Europe/USA) rates have increased by six to eight times per container to about US$9,000 to US$10,000.

“However, for domestic trade between West and East Malaysia, the rate has stabilized without significant increase from before pandemic,” he said when contacted by Maritime Fairtrade.

He also said that there are shortages of containers in the region and most of the containers are stacked in Europe and the U.S.

“Main ports in West Malaysia and maybe Singapore are congested. The container yards too are congested. As long as the above issues persist, the rates will not stabilized,” he added. 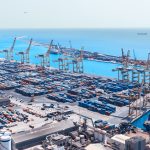 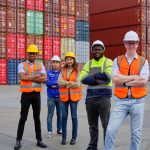 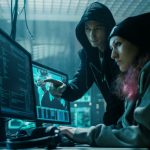