East Sea or Sea of Japan.  South Korea and Japan can’t come to an agreement even after 50 years.

On March 24, North Korea launched two ballistic missiles into the water near Japan, which drew criticism and concerns from many countries.

In an official statement about this launch, the US used the term “East Sea” to refer to the sea between the Korean Peninsula and Japan, where the missiles dropped. However, the use of this term was criticized by Japan, who prefers “Sea of Japan” so as to stake a territorial claim to the water.

Manabu Sakai, Deputy Chief Cabinet Secretary of Japan, said during a press conference that it was “inappropriate” for the US to call the water East Sea.

The next day, the US issued a correction saying that the statement should have used the name Sea of Japan or “waters off the east coast of the Korean Peninsula.”

In response to this correction, South Korea’s Ministry of Foreign Affairs, which considers the East Sea as the neutral name to use, said that “South Korea is trying to express our positions on (the East Sea) and request necessary corrections from the US”. However, the US did not response.

Half a century of dispute

The controversy over this stretch of water started half a century ago, but it is still not resolved. This area is also where the islets that both countries claim as their own are located. South Korea calls them Dokdo and Japan calls them Takeshima.

The controversy over the water and islets started shortly after South Korea, under the Japanese colonial rule from 1910 to 1945, became independent.

“After Japan surrendered (in 1945), they returned the seized territories to the original occupiers on January 29 1946, based on Article 8 of the Potsdam Declaration,” said Shin Yong-ha, professor emeritus of Korean society at Seoul National University told Maritime Fairtrade.

The controversy flared up when the Allied Forces left Japan on April 29 1952.

When South Korea announced its fishing limit line to include Dokdo, Japan immediately refuted that the islets are theirs and they are supposed to be called Takeshima. Japan also claimed the water surrounding the islets as theirs and called it the Sea of Japan.

Japan said that the Treaty of San Francisco, which ended the legal state of war and re-established relations between Japan and the Allies, did not mention Dokdo as part of the Korean territory.

Recently, the Japanese Ministry of Education, Culture, Sports, Science and Technology authorized 30 social science textbooks which included the claims that the islets are “an inherent territory of Japan” and South Korea is “illegally occupying” them.

“Historically, before Japan started to illegally occupy Dokdo from 1905, the islets had belonged to South Korea,” Prof Shin said. “During the colonial rule, however, the entire Korean Peninsula, including the islets, were forcefully seized.”

Prof Shin said the islets were legally and fully returned in 1946 to South Korea based on the Potsdam Declaration and the Treaty of San Francisco.  He emphasized that there is no ambiguity in the process.

“Japan claims that the islets are theirs as the Treaty of San Francisco did not mention Dokdo, but I do not find this so convincing,” he said.

“It is true that the Treaty of San Francisco only mentioned Geomun-do, Jeju Island, and Ulleung-do. However, John Foster Dulles, a US politician who led the preparation of this treaty, once said that the treaty did not mention all islands of South Korea as the document was merely re-confirming what was agreed in the Potsdam Declaration.

“This is why instruction note number 677 of the Supreme Commander for the Allied Powers instructed the return of territories that Japan forcefully occupied under colonial rule to South Korea.”

The South Korean Ministry of Foreign Affairs reiterated that all islands, even the ones that were not stated in the treaty such as Dokdo, have been returned in 1946. South Korea currently operates a military base on Dokdo and also holds many events to raise public awareness.

“Countries should rigorously protect territorial sovereignty,” Prof Shin said. “As Dokdo is a South Korean territory, it can never be a subject of negotiation. I think the government should be more active in proclaiming what is theirs.” 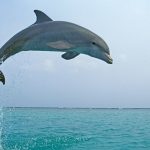 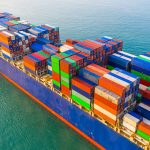 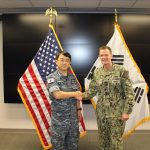 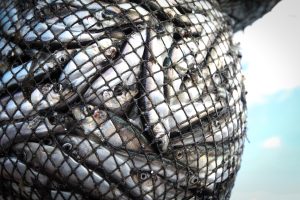