On August 31, five container lines in South Korea officially announced the establishment of an alliance, known as “K-Alliance”, for Asian routes.  The alliance aims to promote cooperation among the participating companies and “enhance South Korean companies’ competitiveness” in the region.

K-Alliance comprises five carriers, including HMM, SM Line, Pan Ocean and recently merged Sinokor Merchant Marine and Heung-A Line, out of the 14 carriers that operate Asian routes.  According to the Ministry of Oceans and Fisheries (MOF), the five carriers represent nearly half of the country’s shipping volumes in Asian routes.

The alliance’s code-sharing agreement is the first to be established among shipping carriers in the country. The discussion over its formation has started since last December, and it became effective on September 1, the day after the announcement.  With code-sharing, the five members hoped to reduce shipping costs and improve service quality.  The first area they will work on is container exchanges and joint services, the MOF said.

They will gradually work to explore other areas of cooperation such as establishing a new shipping route, placing a co-owned vessel order, signing a joint agreement to use the shipping and port institutions, and sharing container facilities, the MOF added.  The alliance will also offer members loans to order new vessels at preferential interest rates.

A government initiative to overhaul industry

Maritime Fairtrade talked to a spokesperson at the Korea Ocean Business Corporation (KOBC), a government-owned organization that first mooted the idea about this alliance.  To improve the performance of container lines, the MOF and KOBC had a series of meetings with members of the industry group, the Korea Shipping Partnership.

The partnership, which comprised 14 South Korean liners, was established after Hanjin Shipping, which used to be one of the biggest container liners in the world, went out of business in 2016.

“K-Alliance was one of the solutions we came up with to promote the shipping industry last year,” Kim Hak-sun, public relations manager at the KOBC, told Maritime Fairtrade.

“Five liners have decided to join the alliance after consultation with the government,” he added. “They see the direct benefits to their own companies as well as the wider advantage that the alliance will bring to the country.

The vast potential of Asia

The MOF said that the Intra Asia region, with Korean, Chinese, Japanese, and Southeast Asian routes, has a “considerable amount” of potential to grow as a hub of production and consumption, thus fueling the need for more container shipping.  Therefore, Korean shipping companies will have to improve competitiveness in the regional market to maintain and increase their market share.

In 2020, South Korea’s container liners had a market share of 40 percent, which was about 200,000 TEU, on Asian routes. However, since then, this portion has decreased due to the competitors’ aggressive investments in expanding market share, the MOF said.  And with the establishment of the K-Alliance, the government expects the Korean companies’ market share to increase up to 250,000 TEU by the end of 2025.

For the time being, Kim said that the alliance does not have any plans to extend to other regions yet as their focus is solely in Asia.  In the near future, the alliance may welcome more members.

Regarding the acceptance of non-Korean members, Kim said at the moment, there is no plan for that.

“K-Alliance is exclusively established to promote the cooperation among Korean carriers,” Kim said. “The government and alliance members are not considering to scale up to a global level involving other countries’ shipping companies.” 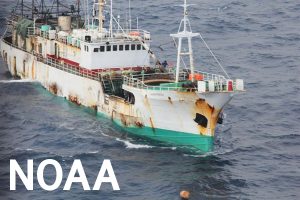 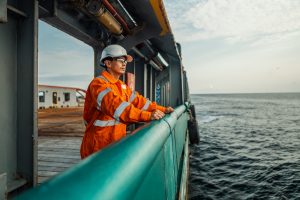 Low vaccination rate among seafarers, according to Neptune Indicator 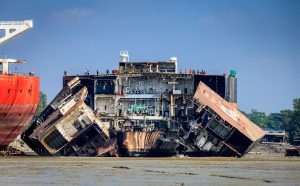 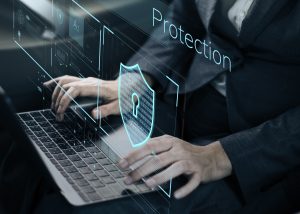 Opening this year’s IUMI (International Union of Marine Insurance) annual conference online from Seoul, President Richard Turner was clear that within the current context of 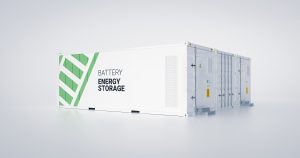 IUMI calls for mandatory requirements to facilitate use of green fuels