South Korea: The complexity of enforcement against illicit ship-to-ship transfers

The South Korean authority is facing a complex problem when dealing with North Korea.

Some South Korean companies have allegedly been involved in illegal ship-to-ship transfers with North Korea. Experts say South Korea may not take active enforcement regarding the problem, as there are other policy priorities to be dealt with first.  However, there are serious implications and cost involved for this approach.  By Sunny Um, South Korea correspondent, Maritime Fairtrade

In early December 2020, Chinese authorities inspected an anonymous vessel with a South Korean flag for an unannounced reason. The vessel, a 9,000-ton ship with around 20 people on board, was seized in waters near Macao.

There are speculations that Chinese authorities inspected the ship for carrying refined oil products taken from an illegal ship-to-ship transfer with North Korea. The South Korean Ministry of Foreign Affairs denied this, saying that China did not raise allegations against the vessel for breaching the international sanctions.

As a member-state, South Korea is expected to adhere to the UN sanctions against North Korea. If South Korean ships are indeed involved in an illicit ship-to-ship transfer with North Korea, they may be criticized by other member-states that comply with the sanctions, especially the US, a strong ally of South Korea.

Lee Ki-Tae, a researcher from the Korea Institute for National Unification, says that the cost being involved in a ship-to-ship transfer with North Korea should be understood and estimated from a perspective of the inter-Pacific politics.

“The competition between the US and China is becoming more intense over time,” Lee said during an interview with Maritime Fairtrade.

“China is becoming more passive on the UN and US sanctions against North Korea and they try to ignore the problem. That’s why allegations of ship-to-ship transfers between China and North Korea are suggested more often (than other countries).”

On the other hand, the US and its traditional allies will try to adhere to the sanctions imposed by the UN, Lee says.

“It depends on the policy priorities of South Korea,” Choi told Maritime Fairtrade. “This year, South Korea will prioritize the policies regarding COVID-19.”

Lee also says that it will be difficult for South Korea to restrict ship-to-ship transfer activities with North Korea publicly. This is because the country tries to improve inter-Korean relationship.

“South Korea has many problems to solve with North Korea,” Lee said. “Illegal ship-to-ship transfer is just one of them, although the international community takes it seriously.”

The allegations on illicit ship-to-ship transfers against South Korean ships started from a couple of years ago.

In October 2018, a South Korea-flagged ship named P Pioneer was detained at the port of Busan for an alleged illegal maritime activity.

During the six months of detainment, the US authorities investigated whether the vessel has transferred refined oil products to North Korea via a ship-to-ship transfer. Trading refined oil products with North Korea is prohibited by the sanctions imposed by the UN. South Korea’s probe later found that the ship did not breach the sanctions “deliberately” and released it.

Another well-known case is a tanker named Lunis being seized and inspected by South Korean customs agents in April 2019. A month before that, the United States had flagged this vessel that it could have been involved in a ship-to-ship transfer with North Korean ships.

The ship was searched upon entry at the Port of Yeosu. However, the authorities said that they did not find anything unusual.

Some reports say that both ships were under suspicion as they lied about their destinations and did not send location signals. P Pioneer, for example, reported Singapore as the final destination. It departed Ulsan, South Korea in May 2018 and entered Singaporean waters two months later.

However, it stayed in international waters for six days during the course. Also, on the journey after that, the vessel had turned off its Automatic Identification System.

The South Korean government has repeatedly said that none of the allegations of illegal ship-to-ship transfers against the country’s ships is true. 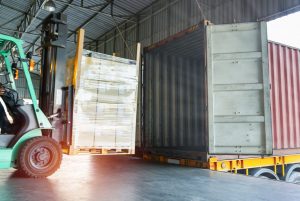 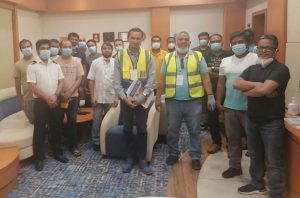 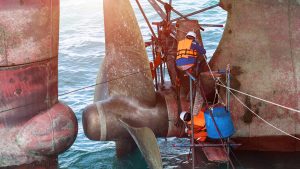 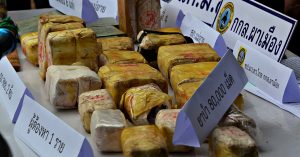