More can and should be done to fight corruption in the South Korean shipping industry.  By Sunny Um, South Korea correspondent, Maritime Fairtrade

The South Korean shipping and ports industry, ranked 8th in the world, plays a significant role in the country’s economy, where international trade takes up 60 percent.  According to the Korea Shipowner’s Association, around 90 percent of cargos are transported via ships, including natural resources such as crude oil and iron.

Maritime trade involves multiple stakeholders, processes and jurisdictions of several countries, some of which may have regulations or guidelines lacking in transparency.  The bureaucracy leaves open the opportunity for corruption, bribery and other illicit activities which ultimately will increase the cost of doing business. Corruption is also usually accompanied by other criminal activities.

Considering the significant volume of maritime trade, shipping companies should be cautious of potential corruption interfering with their business.  One of the anti-corruption measures to take is a Know Your Customer (KYC) program.  The KYC procedures are a critical function to assess customer risk and to comply with anti-money laundering laws. An effective KYC program involves knowing a customer’s identity, their business and financial activities and the risk they pose.

Although an anti-corruption agenda is not yet mainstream in the South Korean shipping industry, recently, the government and several companies have started to show some efforts to mitigate potential threats.

President Moon Jae-in introduced a five-year plan in 2018 to eradicate corruption in many sectors, including the shipping and ports industry.  One of the five main strategies is to make the industries with high entry barriers, like the shipping and ports industry, more transparent by enacting new regulations, for example, to prevent government officials and business owners from claiming subsidies via illicit routes.

This strategy also includes stronger monitoring and management of the shipping and ports industry.  Maritime Fairtrade inquired from the Ministry of Oceans and Fisheries for further clarification on the process of monitoring but did not receive a reply.

The Korea Shipping Association (KSA), a non-profit organization for shipping companies and ship owners, conducts an ombudsman meeting every quarter.  The meeting aims to monitor and regulate areas that lack transparency and fairness in the shipping industry, KSA officials said in an interview with Maritime Fairtrade.

KSA officials say that there is no specific training or guideline provided to shipowners or companies outside of the organization but there are free resources on its website.

“We don’t give guidelines on transparency or anti-corruption to non-member shipping companies,” officials said. “But these companies can access the anti-corruption materials on our organization’s website. Also, KSA raises awareness on anti-corruption through investigating corrupt activities reported by the public.”

The number of reports or calls on corruption that KSA receives per day could not be confirmed.

A journey of a thousand miles begins with a single step

Besides the government and the shipowner’s association, some companies and ports also pursue anti-corruption efforts in their business. However, some of them choose to initiate toothless but symbolically important measures like holding oath ceremonies.

For example, Yeosu Gwangyang Port Authority, which provides port-related services such as construction and management, held the “Anti-Corruption and Transparency Practice Oath Ceremony” for the first time since its establishment in 2011.

This ceremony, which took place on February 2, was to make a vow to uphold legitimate practices and to aim to become a role model in the industry. All employees signed an oath against corruption during the event.

On the other hand, some companies try to prevent corruption with the help of an in-house legal team.  For example, Hyundai Merchant Marine (HMM), a container transportation and shipping company, keeps a team of lawyers to make sure employees don’t run afoul of any laws, adhere to anti-corruption compliance and to settle any legal issues relating to anti-money laundering and antitrust.

“The legal team at HMM takes care of the anti-corruption compliance program and other corporate-related legal issues, for example, antitrust, mergers and acquisitions, contracts of ship constructions or finance, and establishments of joint ventures in foreign countries,” said Hwang Young-hae, a lawyer of the corporate legal team at HMM.

STX Pan Ocean, a shipping company, uses the insurance team to be in charge of risk management and the corporate legal team to review contracts for compliance.  The team focuses on legal issues relating to vessel chartering and cargo claims.

However, it is noted that both HMM and STX Pan Ocean are being opaque in their anti-corruption policy and protocol to the public, leaving open the question of transparency and accountability.  Therefore, more needs to be done to instill confidence and dispel the perception that these companies are not doing enough. 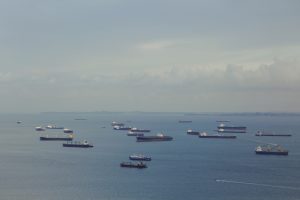 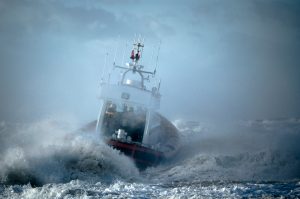 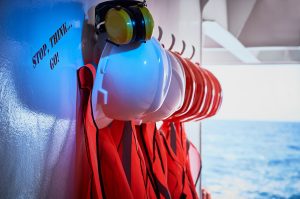 Tensions rising among seafarers onboard vessels 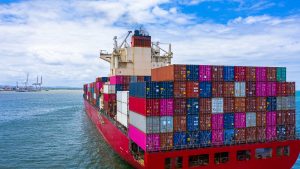 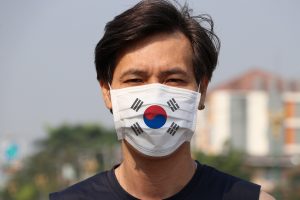 Covid-19 requirements to keep in mind before entering.