In order to relieve the problem of water shortages, the Water Resources Agency of Taiwan proposed a scheme of “cross-regional water resource dispatch”, which includes the construction of a 17.2-kilometer-long and 5-meter-high tunnel connecting the Nanshi Creek in Wulai District of New Taipei City to the Shihmen Reservoir in Taoyuan. However, the proposed plan was strongly opposed by local communities and environmentalists.

According to the Water Resources Agency, the Nanshi Creek was chosen for water dispatch because of relatively sufficient rainfall in Wulai which can help relieve drought in other parts of northern Taiwan such as Taoyuan and Hsinchu. There is not enough water for irrigation in Taoyuan. The construction as said by the government is expected to be completed in four-and-a-half years and to cost NT$18.6 billion (US$615.5 million) in total.

Yet the plan is not welcomed by the Taiwanese public. The Taiwan Ecological Engineering Development Foundation said a great variety of more than 1,000 species have been recorded along the planned route of the project, and among them, more than 40 species of protected animals have been recorded.

“This is a plan to destroy primitive forests and kill the goose that lays the golden eggs, especially in the area of Taipei City and New Taipei City where 6 million people live, and the Atayal tribe, staying at the source of the water, will also be affected,” said the director of the foundation.

Power of the people

During a meeting of the Legislative Yuan on November 4, 2022, Democratic Progressive Party legislator Kang Íng-tshiong raised concerns on the difficulty of tunnel excavation, the high cost of extracting raw water, the increase of turbidity in Nanshi Creek and the decrease in water volume during the wet season.

He put forward the premise of “protect water resources, sustain the ecology, and develop the economy at the same time” and called on the Premier Su Tseng-chang to stop promoting the project.

Wang Meihua, minister of economic affairs, said she has voluntarily withdrawn the environmental assessment of the Nanshi Creek Plan from the Environmental Protection Agency, and would conduct a more prudent assessment and communicate with all the stakeholders.

The secretary-general of the National Association for the Promotion of Community Universities (NAPCU), Lin Zhibin, who has concerns about the environmental problems of Taiwan and has organized related forums, told Maritime Fairtrade: “The problem of water shortage has always been severe in Taiwan. Everyone has the social responsibility to care about environmental issues.

“There are always professionals in the society and the problem is how to let the non-professionals understand what is happening. I think it is the role of our association in providing a co-learning platform to create a more friendly environment for discussion. That’s why we held a forum on the issue of the Nanshi Creek Plan.” 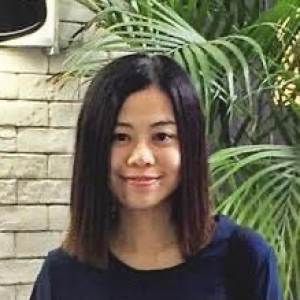