Companies that stand for something bigger than what they sell and demonstrate commitment, are more likely to attract consumers and influence purchasing decisions.

Companies that stand for something bigger than what they sell, communicate their purpose and demonstrate commitment, are more likely to attract consumers and influence purchasing decisions.  Taking this stand is a powerful competitive advantage.  By Lee Kok Leong, executive editor, Maritime Fairtrade

Many industry leaders have been advocating for ethical business practices and transparency in the maritime industry, which has been plagued by corruption for some time. Although the situation is improving, more can and should be done by the shipping companies.  Besides being a legal obligation, shipping companies taking a stand against corruption will also be more competitive.

Recently, Accenture surveyed nearly 30,000 consumers from around the world to gauge their expectations of brands and companies today.  Two-thirds prefer to buy goods and services from companies that stand for a shared purpose that reflects their personal values and beliefs, and are ditching those that don’t.  62 percent of consumers globally want companies to take a stand on the social, cultural, environmental and political issues close to their hearts.

Importantly, 65 percent say their purchasing decisions are influenced by the words, values and actions of a company’s leaders.  On the other hand, Accenture also found that a drop in stakeholder trust can severely impact an organization’s competitiveness and potential revenues to the tune of billions of dollars.

So, it makes good business sense for shipping companies to be clear and unambiguous about taking a zero-tolerance stance on corruption.  The global shipping industry is still plagued by relatively wide-spread corruption.  CEOs, especially, have to take the lead and be authentic in applying the principles of ethical business practice and transparency when conducting business in their companies and beyond.

However, this requires strong leadership qualities where actions speak louder than words, particularly in the maritime industry where it is still relatively conservative and maintaining status quo is the norm.

The values of anti-corruption and ethical practices can make businesses more successful, and employees more productive.  Ultimately, having a social purpose and standing up for a cause is a powerful force that can help companies build deeper consumer connections and trust, thus gaining a good reputation and brand loyalty.

And in the new era of activism mix into the business world, no shipping company can afford to be a passive bystander.  Taking a stand against corruption and advocating for ethical business practice and transparency is the competitive advantage that will drive the next stage of growth. 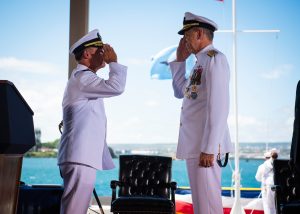