India’s Directorate-General of Shipping has declared a one-off amnesty scheme for 3,762 seafarers found to obtain fake certificates from five training institutes without completing the necessary training.

This is the biggest fake certificate scam yet in the country’s maritime training sector. India is the second largest supplier of seafarers to the global merchant fleet after the Philippines.

The Directorate-General of Shipping, Amitabh Kumar, said that the affected candidates will have to repeat these courses again from approved maritime training institutes. Any other seafarer (outside of the 3,762) who wishes to surrender his certificate obtained fraudulently, can do so and repeat the course(s) till July 31, 2020, without facing any debarment. This facility will not be available after July 31 and surrender after this date will attract debarment in accordance with Merchant Shipping Rules.

“The amnesty has been granted on humanitarian considerations and is strictly a one-time measure. The detection of similar transgressions in future will attract penalty of cancellation of Continuous Discharge Certificate (CDC) and debarment of up to 5 years,” Kumar stated.

If any candidate, who has been granted amnesty under this scheme, is found involved in another misconduct or obtaining of false documents/certificates under the Merchant Shipping Act, then he will be banned for life.

“We are very conscious that as a maritime nation we cannot reduce the quality of the training certificates that we issue. We don’t intend to give any reprieve to the training institutes or to the administrators who were involved in this racket and we will go out of the way to make sure that such institutes are removed from the Indian maritime ecosystem,” Kumar said.

There will be no amnesty for the training institutes, the promoters, the principals and the course in-charge who were found involved or who will be found involved in future. The promoters of these institutes have been/will be blacklisted for life not only from maritime training but from any activities relating to DG Shipping.

The penal action taken by the administration had the full backing of the unions.

“The steps taken by DG Shipping were very essential to maintain the credibility of the Indian training system and to plug the loopholes. It was a clear case of unemployment of Indian seafarers in the long run, if it had continued, said Abdulgani Serang, general secretary-cum-treasurer of the National Union of Seafarers of India (NUSI), adding that the “leniency” shown by the DG Shipping was laudable. 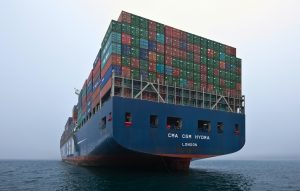