The global economy is dependent on open access to ports and uninterrupted exchange of goods.  In this regard, one way to secure a port is to use autonomous underwater vehicles (AUVs).  By Lee Kok Leong, executive editor, Maritime Fairtrade
As the world gets more connected and trading has exponentially increased between countries, there is an urgent need to balance globalization with security at the borders.  Using sea freight remains one of the most economical and efficient ways to transport cargo.
AUVs are unmanned, self-propelled vehicles that are usually deployed from a surface vessel, and can operate independently of that vessel for periods of a few hours to several days.  They operate independently of the vessel and have no connecting cables.
AUVs can capture good quality video and surrounding data as they patrol assigned areas.  Thus, without endangering human lives, they offer a safer, more efficient deterrent for enhanced security.
The heart of the AUVs is algorithms, in other words the artificial intelligence interacting with the sensors and interpreting the data received, and thereafter directing the AUVs to take appropriate action.
So, ultimately, what makes the AUV a valued asset is the various types of algorithms.  For the next five years, selected companies are developing more powerful, smart and intelligent algorithms that can closely mimic human decision making but without all the emotional attachment.  This way, the decision will be the most optimal one under a given set of contexts.
AUVs, buoys, and emplaced sensor systems and networks provide a way to deal with threats against shipping and port infrastructure.  Additionally, they provide a method to monitor and counter piracy and smuggling.

AUVs follow a pre-programmed route and are able to navigate using arrays of acoustic beacons on the seafloor or a combination of Ultra Short Base Line acoustic communication, GPS positioning, and inertial navigation.  A AUV consists of sensors, navigation, propulsion, and power systems.  However, underlying all these is the software platform.
The command and control software, with all its innovative algorithms, facilitate the functioning of multiple sensors to help the vehicle autonomously perform missions.  It also helps transmit real-time information from the AUV back to the servers.
The software package is also capable of big data analytics.  By examining large data sets to uncover hidden patterns, unknown correlations, trends and other useful information, and coupled with a given context, the software can provide real-time intervention.
For example, some AUVs, because of the powerful algorithms, can make decisions on their own while the mission is still under way.  They are able to change their mission objective based on environmental data they receive through sensors.

AUVs employed for port security can provide hull, pier, and harbor inspection using their inherent advantages such as exceptional sonar imagery, autonomy, and ability to operate in confined areas.  Small AUVs, such as the Bluefin Hovering Autonomous Underwater Vehicle (HAUV) and the Bluefin-9, are two-man portable systems with complementary capabilities and components.
Bluefin successfully demonstrated both systems to the U.S. Department of Defense and other worldwide organizations and delivered them to the U.S. Navy.  The Bluefin-9 with its articulated thruster and the HAUV with its ability to maneuver in all axes are designed for operation in restricted spaces where larger systems cannot operate.
In partnership with Bristol Robotics Laboratory and SonarSim, BMT Group has developed two AUVs specifically for the SUPPORT (Security UPgrade for PORTS) project.  They have demonstrated at the Port of Lisbon, a cost effective prototype which utilizes intelligent algorithms and behavior in order to leverage as much as possible from low-cost sensors.
The SUPPORT project is an integrated four-year research and development project, partially funded by the European Commission’s FP7 Security Research Program.  Coordinated by BMT, SUPPORT has been exploring the use of AUVs to help address the issue of underwater threats in ports.
The continued evolution of new vehicles and sensors will increase the type of applications.  Advances in artificial intelligence will increase reliability and flexibility.  AUVs are already capable of making decisions that allow them to maneuver and avoid collisions.
Increasingly, these vehicles are designed with a high level of intelligence so that they can adapt their missions according to changes in the environment they are monitoring. 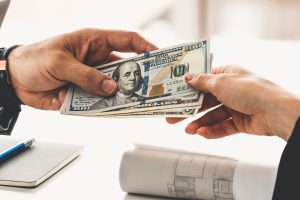 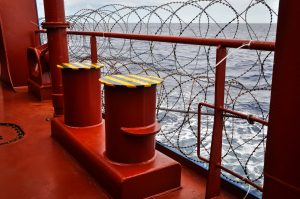