With Vaccination, Filipino Seafarers are Looking to Sail Again

Seafarers are elated when the Philippine government finally included them in the priority list of people to be vaccinated against the novel coronavirus.

Filipino seafarers Earl Warren Maramba and Dean Flores Bacobo were among the 497,000 Filipino seafarers who were deployed overseas last year, but are now grounded by the uncertainty of the pandemic and hope to be vaccinated soon so they can resume their livelihoods.

Dean, who was on board a Holland America cruise ship when the pandemic broke out, was among the more than 8,000 cruise ship crew members who were repatriated due to the pandemic in June 2020.

“We appreciate the government for including us in the COVID-19 vaccination’s priority list. I’m glad that they care and recognize the kind of sacrifices we make to support our family,” said the 43-year-old Dean, who has been waiting for a new ship assignment for 10 months.

Filipino seafarers remitted more than US$6 billion in 2019 and the government was hoping to see the number grow by 30 percent each year, but more than 300,000 seafarers have been jobless for months.

Twenty-four-year-old Earl, who has been working on tankers since 2016, found a nine-month contract early this year and was raring to report to his new vessel in February when he learned that he had contracted COVID-19.

“I did a swab test on the same day of my flight because it was one of the protocols before leaving,” he said. But he tested positive and his departure was postponed.

But with the government’s decision to vaccinate seafarers, Earl said, the Philippines will be able to keep its position as the top seafaring country in the world because seafarers are already inoculated and can join a ship anytime.

“I’m happy that they recognized us as essential workers too,” said Earl, who is undergoing training in Manila in preparation for his next ship assignment.

A concerted effort to push for seafarers’ vaccination

Over 80 percent of global trade is moved by maritime transport and the global economy counts on the world’s two million sailors who operate the global fleet of merchant vessels.

Because of the importance of their hazardous tasks, many shipping companies prefer their crew to be inoculated against the coronavirus to ensure that their operations will remain smooth and unhampered.

This prompted the manning agencies and seafarer groups to ask the Philippine government to prioritize the vaccination of the seafarers citing the latter’s vital role in sustaining global chains and of course the local economy.

The nation’s biggest union of Filipino seafarers, the Associated Marine Officers and Seaman’s Union of the Philippines (AMOSUP), was among the groups who called on President Rodrigo Duterte to prioritize seafarers in the vaccination program that began on March 1.

“We welcome the (government’s) decision to grant our request to upgrade the classification of seafarers in the government’s vaccination priority list from priority group B3 and B5 to priority group A4 along with the other frontline personnel in essential sectors,” AMOSUP president Dr Conrado Oca told Maritime Fairtrade.

“This is certainly good news to our seafarers who have been working nonstop to keep the world trade moving and to contribute to the Philippine economy while braving the risk of getting infected,” Oca said.

“This development is one step towards our goal of having all our seafarers vaccinated before their deployment to protect them from COVID-19. We hope for the timely arrival of our country’s vaccines and that the government efficiently and swiftly carries out the inoculation of our seafarers to ensure their health and safety as they venture out into the sea.”

The association has been at the forefront of improving welfare for its more than 114,000 members and has established a Seamen’s Hospital, Maritime Academy of Asia and the Pacific, Seamen’s Village, and AMOSUP Training center.  It has two training ships in support of maritime education in the Philippines.

Government agencies like the Department of Transportation (DOTr) and the Maritime Industry Authority (MARINA) likewise welcomed the reclassification of seafarers.

“It is a very welcome development because this is very relevant to our goal of maintaining our status as the number one seafarer-producing country in the world.”

Data of MARINA and the Philippine Overseas Employment Authority (POEA) showed that as of this year, there were around 549,000 active seafarers logged in their system, 497,000 of whom were deployed overseas.

For his part, Transportation Secretary Arthur Tugade also said the reclassification was “a very good development for our maritime industry champions — our seafarers. Now, our Filipino seafarers will be given priority to be vaccinated. I have repeatedly described our maritime workforce as the silent workers of our country.

“They work silently, yet their contribution is crucial in keeping the economy thriving. Not only are they front liners, they are undoubtedly heroes too.” 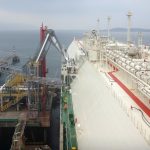