A story of the family members that are left behind.

Families of Filipinos killed in the country’s ongoing drug war look to the International Criminal Court for hope.

Sixteen-year-old Andrea Morales (*not her real name) restlessly fiddled with her cellphone. It was past 11 pm, but she was far from being sleepy. It felt hot and humid inside the house in Caloocan where she lived with her parents and six siblings, so she thought she would sit outside and get some cool air.

She was half-disinterestedly reading an article about some has-been local actor when the police came and the previously quiet night exploded into a nightmare.

“There was at least a dozen of them, all wearing blue, all carrying guns. Two of them yelled and dragged me away. I screamed for Mama and Papa, but the men didn’t care.”

Andrea struggled to look back before the police pushed her into a white van, and she saw that more men had rushed into their house. As she screamed and cried, she heard gunshots – three, four, or five, she couldn’t be sure.

Shocked, she stopped screaming, and in a few moments the door of the van flew open and her mother, Elena, – weeping, screaming – pulled her out and held her tightly, almost crushing her.

The neighborhood was fully awake now as residents stood outside their homes, lined the alleyways, and gawked at Andrea, her mother and the rest of her siblings whom the police had forced out of the house.

It had only been less than 15 minutes since Andrea sat down in front of the house with her cellphone, thinking how bored she was. It was August 13 2016, and she will never forget that night for as long she lived. Inside the house, the bloodied bodies of her father and eldest brother lay broken on the floor.

A staggering number of extrajudicial killings

By now, the rest of the world is aware that the Philippines has become a massive killing field because of the Rodrigo Duterte administration’s so-called war against illegal drugs.

According to estimates, over 25,000 have been killed in the drug war. The figures are so staggering that the Office of the Prosecutor of the International Criminal Court (ICC) has called for investigations into the matter, alleging the killings to be crimes against humanity.

Duterte himself scoffs at the ICC and in his weekly speeches, regularly repeats his government’s policy of police summary executions as part of not only the drug war but as a component of the counter-insurgency campaign as well.

A petition to the International Criminal Court

Instead of being discouraged, relatives of the victims of summary killings have become even more determined to seek some sort of recourse. During the first week of August, the families of extrajudicial killing (EJK) victims submitted their petition to the ICC Prosecutor’s Office (OTP) to request for the ICC to conduct an investigation.

The relatives of victims, survivors of attacks, and all other individuals affected by the drug war now call on the ICC to conduct a full investigation into the drug war and the impact on Filipinos as a possible first step to bring President Duterte to trial.

Should the request be granted, ICC prosecutors will proceed to investigate more closely the thousands of cases of drug-war killings, gather and receive evidence, and determine the accountability of the different individuals involved in drug war-related killings and rights violations while Duterte sat as president of the Philippines and as the former mayor of Davao.

A grassroots group of advocates and victims, Rise Up for Life and for Rights, and the National Union of Peoples’ Lawyers announced that they have submitted the representation forms of many victims from all over the country. The submissions included the affidavits of seven women who earlier in August 2018 had filed a complaint against Duterte for crimes against humanity.

The pain of losing a husband and a son

These days, Andrea, now 21 years old and Elena, 43, always monitor the news about the ICC and anything related to the drug war.

In an interview, Elena told Maritime Fairtrade that her slain husband Efren was a construction worker. She admitted that he used to do drugs, but that was years before he was killed.  When the foreman of the construction crew he worked with discovered that he was doing shabu or methamphetamine hydrochloride, he was kicked out.

“It was a wake-up call for him,” Elena said. “He was told that no one was going to hire him or refer him to any construction jobs if he went on using shabu. I also threatened to take the children and leave him if he didn’t stop. He quit using. He was 39 when he was killed.”

Elena said that her whole family felt betrayed by the barangay (district government), and this was also the reason why they moved houses two weeks after the killings.

“My husband was among the first in our area to participate in the barangay’s anti-drug program when they called for volunteers.  The barangay officials said that it was best for those who used to do drugs to sign up for the program. Efren volunteered immediately – he was one of those who attended the first therapy and counseling sessions offered by the barangay in coordination with the police,” Elena said.

“The barangay gave that list of ex-drug users to the police, and the police went the people on that list!”

As for their eldest son Adrian, he was collateral damage. He was only 19 and a student who worked part-time as a caterer’s assistant.

“Efren and I were already sleeping because we were both tired from working all day. Our children were watching television. Everything was a blur – the police barged into the bedroom and pulled me out of bed and pushed me out the door.  I could hear Efren begging them as they told him to kneel. I tried to stop Adrian but he fought to get inside the room and he refused to leave his Papa behind. Then the police shot both of them. I still see everything clearly in my mind as if it happened yesterday,” Elena said, her voice cracking.

The community program that Elena referred to is called Tokhang, and the national government mobilizes barangay units to provide the police the initial data regarding the extent of drug use and illegal drug trade in their jurisdictions. The barangays are instructed to submit a list of drug users and pushers who can be enrolled in the rehabilitation program.

Shabu, cannabis, and contact cement or rugby adhesive are the drugs most used by those who undergo rehabilitation, and by the reckoning of the Philippine Drug Enforcement Agency (PDEA) itself, the majority of those who registered in the Tokhang program are small-time users and/or peddlers.

Elena said that a few days after the incident, she was told by a neighbor that the barangay officials were very sorry about what had happened.

“They confirmed that Efren was on the list, but the police used it to track down users and kill them. The people who signed on to the Tokhang program volunteered their names, but they ended up being targeted and killed.  My husband was a drug user, but he stopped on his own and never did harm to anyone but himself. He didn’t deserve to be gunned down like a pig, and certainly, our son didn’t.”

Based on a 2019 report from the Dangerous Drugs Board (DDB) which formulates policies on illegal drugs in the country, there are 1.8 million current drug users in the Philippines. Some 4.8 million Filipinos reported having used illegal drugs at least once in their lives. In the meantime, more than three-quarters of drug users are adults (91%), males (87%), and have reached high school (80%).

However, men, women, and even children have been killed or arrested and detained on mere suspicion of drug use and/or drug dealing.  Particular targets have been male urban poor residents in Metro Manila and other key cities. Observers say that the killings are staged so that police can qualify for the cash rewards offered for killing suspected drug dealers.

According to the Rise Up for Life and for Rights network, majority of the Filipinos who fell victim to EJK are men and boys – heads of families and main breadwinners, or were earning and contributing to their families’ finances.

Many families, like Elena’s, lost fathers and brothers to the killings and they said that apart from the seriously painful loss of their loved ones, they are also forced to bear the heavier burden of meeting the financial requirements of daily survival.

Elena now struggles on her own to keep her family afloat.  She has joined a support group of other relatives of victims of EJK and with one of the friends she has made, put together a small business making and selling turmeric tea power.

She also gets support from the San Roque Cathedral’s Social Action Center (SAC) in coordination with the Office of Caritas Caloocan. The church helps individuals like Elena cope with the trauma of their experience and provide them financial assistance.

“It has become harder for us to stretch the money I make.  When Adrian was still alive, he gave us part of his salary, and it was a big help and we used it for his younger siblings’ tuition and other needs. When he and his father were killed, our financial means were drastically cut. We had less money to pay for rent, for food, and for utilities like water and electricity.”

Finding hope amid the tragedy

Elena said for all the grief and the injustice (her family had to pay for the funeral and burial of their dead even when they were killed by the police) she suffered, she wants to see accountability and thus supports the move of the ICC to investigate the killings.

Her sentiments are shared by another mother, Llore Pasco, who said that she will not give up until she has done all that she can to find justice for her loved ones. She lost her sons to a drug-war-related police operation in Quezon City.

“Our relatives were killed in cold blood. There was no due process and no respect for human rights. Duterte and his generals should be brought to account before the ICC,” she said.

“Hopefully, with the help of the ICC we can gather even more evidence that will further unmask the killings, arrests, and other crimes under Duterte’s drug war.  Our children and spouses deserve justice, and these killings must stop and those who perpetrate them punished.”

*The names of the members of the Morales family have been changed based on their request. 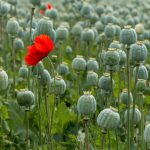 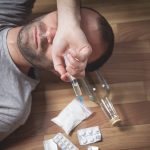 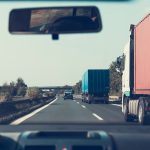