Lee Kok Leong, our special correspondent, talks to Alexandra Wrage, president and founder of TRACE, who has provided anti-bribery consulting or training in over 120 countries.

Lee Kok Leong, our special correspondent, talks to Alexandra Wrage, president and founder of TRACE, who has provided anti-bribery consulting or training in over 120 countries, about corruption in the shipping industry.

Traditionally, the shipping industry is prone to rampant corruption.  Beyond the obvious reputation damage and financial cost to the industry, corruption also has significant negative implications on the country as a whole.

However, Alexandra believes that things are definitely improving and given the right conditions and development, corruption can be mitigated.  This is part one of a two-part series.

She was a member of FIFA’s failed Independent Governance Committee and has served for four years on the B20 Taskforce on Anti-Corruption, drafting recommendations to G20 leaders to consider in their global economic policies.

She is the author of Bribery and Extortion: Undermining Business, Governments and Security, co-editor of How to Pay a Bribe: Thinking Like a Criminal to Thwart Bribery Schemes and What You Should Know about Anti-Bribery Compliance and host of the training DVD Toxic Transactions: Bribery, Extortion and the High Price of Bad Business, produced by NBC.

Alexandra hosts the popular weekly podcast: Bribe, Swindle or Steal. She is a guest blogger for Forbes and speaks frequently on topics of transparency, good governance and the hidden costs of corruption.

She was named one of the “Canadians Changing the World” by the Toronto Globe & Mail and one of Maryland’s “Top 100 Women” by The Maryland Daily Record.  She has been awarded the Women in Compliance “Lifetime Achievement Award for Service to the Compliance Industry.”

Maritime Fairtrade (MFT):  In terms of corruption, what is your opinion of the current state of the shipping industry?
TRACE (T): The shipping industry faces more corruption challenges than most other industries, although the demands are often for smaller amounts.
Frequent port calls in different countries, many of which are notorious for their underpaid and “entrepreneurial” officials, create near-constant demands in some regions.

The large number of interactions with government officials from customs, immigration, import-export licensing, product safety and standards, agriculture, and environmental agencies mean the opportunities, in sheer numbers, are high.

The isolated nature of shipping means that there is often a lot of privacy for these interactions and we know that corrupt government officials are emboldened by that privacy.

Strict time constraints where delays can cost shipping companies punishing operational cost increases and penalties, and, ultimately, future business provide an incentive for those in the industry to pay, even if they convince themselves that it’s “just this one time”.

Finally, the involvement of numerous agents and other third parties and the ingrained expectation of “supplemental income” and “tokens of appreciation” by government officials in some countries contribute to a sense that demands for bribes and facilitation payments are frequent and difficult to resist.

But even having said all that, things are definitely improving.

TRACE has a large shipping initiative underway in partnership with RightShip whereby ship owners can voluntarily submit to a very rigorous background review and work with us to adopt a code of conduct and train all of their employees.

The first year was a bit sluggish, but the partnership has taken off very briskly now.

The ship owners recognize the business benefit of taking this issue seriously, not only on the frontlines when faced with grasping government officials, but with major multinationals that want to be sure their business ethics and compliance efforts are reflected all the way down the chain.

MFT:  So, what is lacking and what are the major challenges in tackling corruption?
T:  Although there are significant encouraging developments, there are still a lot of shipping companies that aren’t addressing bribery, leaving their shipmasters and crews to deal with bribe demands without guidance or support.

As a result, shipping companies that proactively address the issue and implement robust anti-bribery programs may still be at a disadvantage and not sufficiently rewarded, while those willing to pay bribes may continue to benefit inappropriately.

We need to find a way to alter the cost-benefit calculation of bribery for all shipping industry players.

This could be a combination of an industry due diligence requirement (such as TRACEcertification in partnership with RightShip), outreach to the customer community to reward compliant companies through increased business, some industry, customer groups or IMO-driven mechanisms to promote the implementation of corporate anti-bribery programs and to censure and discourage violators (e.g., debarment from public or significant private business), and a consistent, long-term anti-bribery awareness campaign.

On the bribery demand side, entrenched bureaucracy in too many countries only pay lip service to anti-corruption while doing very little. They need to get serious about reforming their port clearance practices to address the root causes of the bribery problem.

One illustration of this unhelpful attitude: several IMO delegations objected last year to the Facilitation Committee taking any action or instructing the Secretariat to work on finding solutions in response to the industry-submitted paper on maritime corruption, citing the need for “further thought and resources.”

As a result, the consideration of any meaningful action to address maritime corruption has been delayed for another year.

MFT:  What are some of the common corrupt practices you have come across?
T:  Corrupt practices range from simple one-time demands for cash or gifts (which could be as mundane as cigarettes) in order to expedite port clearance formalities or to overlook procedural errors to long-term sophisticated schemes of bribery and kickbacks through intermediaries, suppliers and service providers tied to corrupt officials, or extortionate demands threatening the safety of the crew, vessel or cargo.

Even a payment under-the-table of a “reduced fine” on the spot for an obvious violation without proper documentation can be a bribe.

MFT:  What is the cost of corruption, hidden and otherwise?
T:  Beyond these costs to shipping companies, corruption has significant political, policy and societal costs. 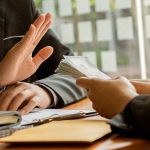 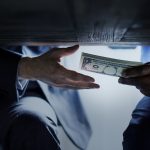 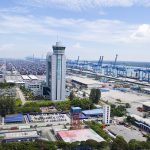